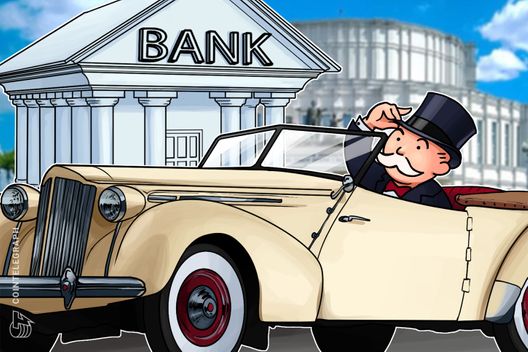 Belarus’ largest bank, Belarusbank, is considering setting up a cryptocurrency exchange, focusing on digitization in 2019.

Belarusbank, the largest bank in Belarus, is considering setting up a crypto exchange, local information agency BelTA reports on Jan. 28.

According to the bank’s chairman of the board Viktor Ananich, efforts are now being made to explore the possibility of setting up a cryptocurrency exchange.

Ananich claimed that digitization is one of the most important focuses of Belarusbank in 2019, noting that the bank is also working with mobile carriers, aiming to expand its services. Specifically, Belarusbank is planning to issue virtual cards — online, rather than physical, credit cards — in a few months, as Ananich revealed.

The chairman emphasized that the banking sector should keep up with the digital industry, as the space is evolving very fast.

Owned by the State Property Committee of Belarus, Belarusbank is the leading banking institution in the country, according to its volume of equity, assets, loans and deposits. Belarusbank was reportedly estimated to have $13.51 billion in operating assets in 2017.

On Jan. 15, reportedly the first crypto trading platform that allows users to purchase tokenized traditional assets such as shares and gold with cryptocurrencies was launched in Belarus.

The project is backed by two firms, Larnabel Ventures and VP Capital. By Jan. 16, the platform reportedly issued 150 various types of tokens, while the company expects to eventually list 10,000 types of assets.

In November 2018, Belarus High-Technologies Park (HTP), which has been dubbed the Belarusian Silicon Valley, set up regulation for crypto-related business in the country, including companies related to operations with initial coin offerings (ICO).

Recently, major European crypto exchange Bitstamp partnered with Swiss online bank Dukascopy in order to conduct Bitcoin (BTC) transactions on behalf of Dukascopy Bank. According to the terms of the agreement, clients will be able to send Bitcoin to their accounts, convert them to fiat money, and trade on the Swiss FX Marketplace.

On Jan. 21, Swiss Falcon Private Bank launched support for direct transfers and storage of select major cryptos, allowing both private and institutional investors to transfer them to and from the bank’s own segregated Falcon wallets, as well as convert crypto into fiat.