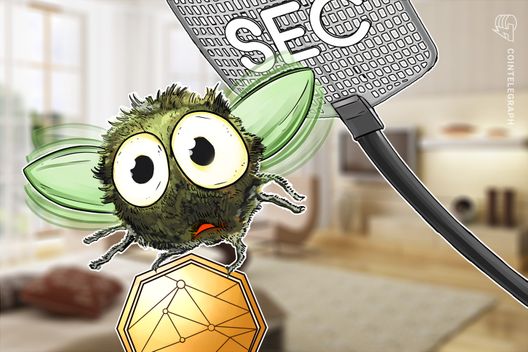 Kik says the SEC will be “doubling down on a deeply flawed regulatory and enforcement approach” if it pursues an enforcement action.

Tokenized social media startup Kik has warned United States regulators that they would fight back against a proposed enforcement action against the company, the Wall Street Journal (WSJ) reported on Jan. 27.

Canada-based Kik is facing a prospective enforcement action over an alleged securities infraction, after the U.S. Securities and Exchange Commission (SEC) judged its 2017 initial coin offering (ICO) to have involved the sale of unregistered securities.

The startup is reported to have raised around $100 million in “kin” tokens for its chat-based social media network — which can be earned on the platform, traded or redeemed for goods and services.

In a blog post published yesterday, Kik CEO and founder Ted Livingston stated that the startup was poised to fight against the action, arguing that the crypto space as a whole must challenge the application of securities laws to emerging assets such as decentralized platform tokens.

The enforcement action against Kik —  first recommended on Nov. 16 — is yet to be authorized by the agency’s commissioners. In the United States, if the SEC deems that a securities infraction has occurred, it issues an enforcement action recommendation, as well as a letter to the company under scrutiny — known as a “Wells Notice.”

The proposed action must subsequently be authorized in a vote by the agency’s commissioners, and the company in question is given thirty days to issue its response and/or rebuttal in a “Wells Response” letter.

Kik’s letter — submitted to the agency on Dec. 7 — argues that the SEC’s “‘regulation by enforcement’ approach has [to date] had a dramatic and negative impact on the development of blockchain and cryptocurrency technologies in the United States, as innovators have either directed their activities overseas or shelved their projects altogether.”

The letter notes that the U.S. regulators would be “doubling down on a deeply flawed regulatory and enforcement approach” if the recommended enforcement action was authorized.

The startup says it is emphatically not asking the SEC to change the law to accommodate disruptive technologies; on the contrary, it argues that the SEC has erred in stretching the definition of an investment contract under securities laws “beyond its original meaning and intent”:

“The Commission has strayed well beyond the scope of its statutory authority to regulate the offer and sale of securities. But [this] attempt to water down the Howey analysis to expand its regulatory authority will not stand up to meaningful judicial scrutiny.”

As the WSJ notes, this implies that if the SEC indeed pursues its enforcement action against Kik, the case is likely to culminate with a judge in a civil court case being called upon to rule on — and potentially set an important precedent for — the question of whether ICO sales are to be regulated as securities offerings in the country.