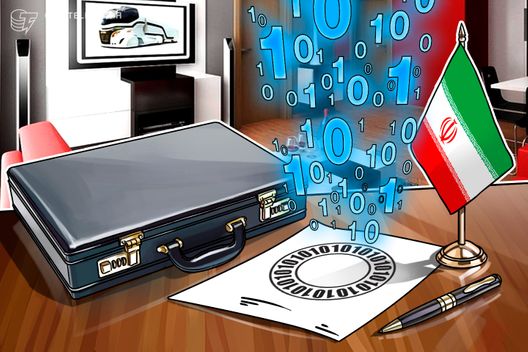 Iran is reportedly in negotiations with eight countries to use cryptocurrencies for international transactions.

According to the article, Iran has already entered negotiations with Switzerland, South Africa, France, the United Kingdom, Russia, Austria, Germany and Bosnia, and the countries have reportedly visited Iran to discuss the matter.

It was not immediately clear whether the news concerns the national cryptocurrency that Iran is allegedly set to launch vin the near future. However, the article notes that the talks on crypto transactions were held order to circumvent the ongoing United States sanctions against the country, which matches with the main stated goal of Iranian coin.

In November 2018, U.S. president Donald Trump fully restored all Iranian sanctions that had been eased in 2015, with the ultimate goal of reducing the U.S.’s use of Iranian oil.

The U.S. administration has warned about severe penalties for companies that evade the imposed sanctions: in a recent example, Huawei’s top executive was arrested in Canada at the request of U.S. prosecutors that had charged her with violating Iran sanctions.

As Cointelegraph reported earlier this week, Iran could unveil its state-backed cryptocurrency at the Electronic Banking and Payment Systems conference in Tehran, which takes place early February. A central bank-issued digital currency pegged to the national fiat, rial, could serve as an alternative to SWIFT, the global settlements system that some Iranian banks cannot access.

Iran is not the only country that sees cryptocurrency as an effective way to circumvent sanctions. Venezuela developed a national oil-backed currency, the Petro, to reactivate its struggling economy and to avoid restrictions imposed by U.S. and EU. However, the experiment has reportedly not been successful.

At the same time, Russia is reportedly considering launching a Eurasian Economic Union (EAEU)-backed digital currency along with Belarus, Kazakhstan, Armenia and Kyrgyzstan.