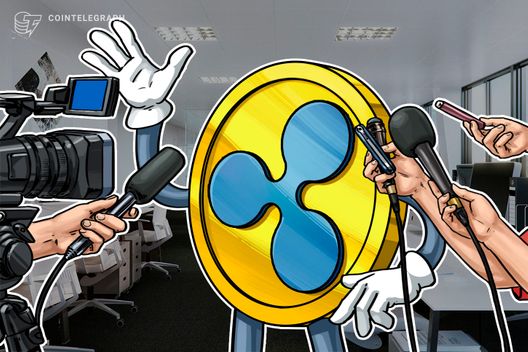 Blockchain payments network Ripple announced it had hired a former HSBC general counsel to oversee its legal services and compliance, in a press release Jan. 30.

Ripple, which has not had a general counsel of its own since September last year, will draw on Stuart Alderoty’s expertise as it navigates the legal territory associated with its operations, including those involving associated cryptocurrency XRP.

The appointment comes at a crucial time for Ripple, which is facing a consolidated consumer lawsuit over XRP’s performance.

“As we continue to work with financial institutions and regulators across the globe to drive home the importance of fostering innovation while protecting consumers, I could not think of a better addition to Ripple’s leadership bench and our global legal team than Stuart,” Ripple CEO Brad Garlinghouse commented in the press release, continuing:

“He brings a level of experience and expertise that will be vital in supporting not only Ripple’s growth but growth of the overall industry.”

XRP has constituted a bone of contention between Ripple and the wider cryptocurrency industry since Garlinghouse and other executives produced uncertain statements about the firm’s relationship with the token.