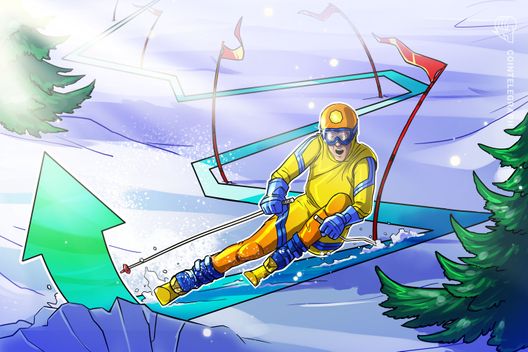 The top 20 cryptocurrencies are reporting a mix of slight gains and losses, as Bitcoin stays over the $3,450 mark.

Saturday, Feb. 2: most of the top 20 cryptocurrencies are reporting a mix of slight gains and losses on the day by press time. Bitcoin (BTC) is hovering over the $3,450 mark again, according to Coin360 data.

At press time, Bitcoin is down under half percent on the day, trading at around $3,489, according to CoinMarketCap. Looking at its weekly chart on CoinMarketCap, the current price is about 3 percent lower than $3,604, the price at which Bitcoin started the week.

Ethereum (ETH), the second-largest altcoin by market cap, has seen its value increase by about half a percent over the last 24 hours. At press time, ETH is trading around $108, having started the 24-hour period about 1 dollar lower. On the weekly chart, Ethereum’s current value has dropped about 7 percent from $117, the price at which the coin started the week.

Among the top 20 cryptocurrencies, the coins experiencing the most notable 24-hour change are Monero (XMR) — down over 4 percent on the day — and Binance Coin (BNB), up 3.45 percent to press time.

The combined market capitalization of all cryptocurrencies — currently equivalent to $114.3 billion — is about 5 percent lower than $120.4 billion, the value it reported a week ago.

As Cointelegraph reported yesterday, the United States state of Wyoming has passed a bill that will allow for cryptocurrencies to be recognized as money, effective in March 1.

In traditional markets, the S&P 500 is up slightly, closing 0.1 percent higher on Friday, while  the Dow Jones Industrial Average also saw slight gains — reportedly posting a 6-week winning streak after a strong U.S. jobs report. The growth currently reported by the stock market is a bull trap, according to a MarketWatch analysis.

As CNBC reported Friday, the price of oil increased 3 percent, following the stock market and while U.S. sanctions keep Venezuelan tankers stuck at ports. WTI Crude, Brent Crude, Mars US and Opec Basket are all in the green today, according to OilPrice.