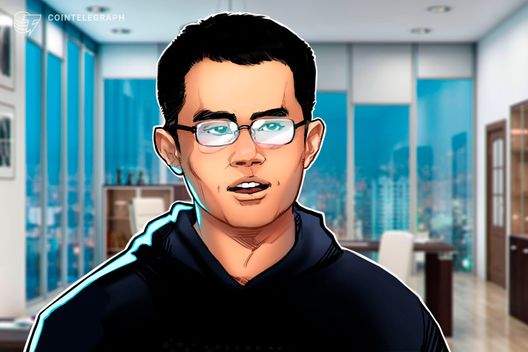 Retail behemoth Amazon will have no choice but to leverage cryptocurrency payments, Binance’s Changpeng Zhao forecast.

One of the cryptocurrency industry’s best-known figures confirmed he still believes online retail giant Amazon cannot avoid issuing its own altcoin, in a tweet Feb. 2.

Discussing the internet business sector more broadly, Changpeng Zhao — CEO of top crypto exchange Binance — said it was not so much a question of if, as of when Amazon will issue its own coin.

The retail giant has made efforts to adopt forms of blockchain technology in the past, but its relationship with cryptocurrency remains tied to rumors.

Such rumors periodically appear in the press, including those that Amazon could integrate Bitcoin (BTC) as a payment method.

“For any internet (non-physical) based business, I don’t understand why anyone would not accept crypto for payments. It is easier, faster and cheaper to integration than traditional payment gateways. Less paperwork. And reaches more diverse demographic and geography,” Zhao meanwhile wrote on Twitter, adding separately:

“Amazon will have to issue a currency sooner or later.”

Zhao made his statement the same week Twitter’s own CEO, Jack Dorsey, repeated his forecast that the internet itself will end up using a default currency, specifically Bitcoin.

Speaking on the Joe Rogan Experience podcast released Feb. 2, Dorsey cautioned that although he could not be sure that Bitcoin would ultimately fulfil this role, the largest cryptocurrency appeared to be the clearest choice.