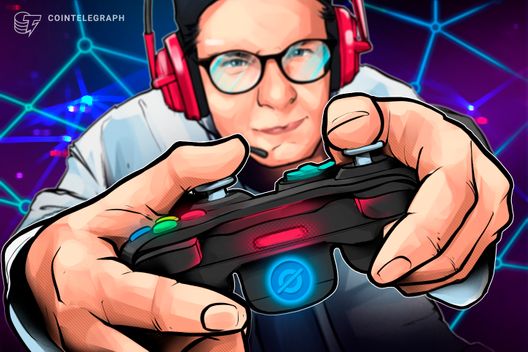 A Swiss gaming company has created a blockchain-based solution to make in-game advertising more attractive to players, developers and advertisers.

A Swiss company claims it has unveiled “a new approach” for in-game advertising that sees promotional content embedded into gameplay instead of interrupting experiences for players.

Vreo says players stand to benefit from more attractive forms of in-game advertising, as developers are paid based on the attention players pay to the content they see.

The startup hopes that this novel approach will see new advertisers enter the growing market, and help clamp down on ad fraud and bots.

Vreo argues that the current practice of interrupting a game to show advertisements is not working. Not only are some savvy players installing ad blockers to stop banners appearing, but the inconvenience can even cause some customers to abandon a title altogether.

Andreas Schemm, a gaming expert and Vreo’s CEO, said: “In-game advertising is a huge and growing market for targeted advertising. Regular players are usually spending a large chunk of their free time gaming, but dislike distracting and irrelevant ads. Vreo is changing that as our solution rewards developers to really understand how ads fit into their game smoothly.

“By way of tokenizing players’ in-game attention on the blockchain, Vreo is creating trust and transparency between developers and the advertising industry so as to end ad fraud.”

In an attempt to clamp down on fraud, Vreo plans to record the data associated with every transaction on the blockchain — and the company says this will ensure that no party is able to tamper with the results.

For developers, Vreo says its method will result in a radical — yet profitable — shift away from the status quo of receiving a one-time payment when someone buys their game. Instead, content creators would receive recurring profits from players as they interact with the advertising that has been built into the surroundings of the game.

Vreo is preparing to enter the market in early 2019 after completing a round of public funding. More than 15 businesses worldwide have committed to implementing Vreo’s token-based attention economy in their games. The company says its partners include renowned developers including Gamestorm Studios and Pixowl.

According to Vreo’s white paper, its technology will be a “shallow learning curve that makes it simple for developers to offer ads in their games.”

The company has created plugins that are compatible with major game engines, and these will enable developers to allocate “any surface” for adverts in a “flexible range” of formats, including signage, billboards, audio and video.

Founded in 2015, Vreo has been working on a dual token model for its platform since early 2017. While ViewToken (VIT) is not tradable on secondary markets, and focuses on ensuring every ad impression is tokenized, MeritCoin (MERO) can be used to gain access to features that include voting rights, access to market intelligence and a reduction of transaction fees.

Vreo expects this to result in more predictable and faster flowing revenue streams for developers in the future, all the while enabling them to reach a larger cross-section of advertisers.

Prospective advertisers will be able to use a marketplace in which they can target gamers based on their age, interests and location — purchasing ad space within seconds. They would also be able to browse the available games by genre — enabling them to reach sports fans and casual players, for example. When it comes to billing, Vreo says that a “cost-per-quality-view” format ensures that advertisers only pay full price for exposure when a gamer views content in a meaningful way. Discounts are added if their ad was only on the screen briefly, or if the campaign was cropped or obscured.

In a presentation uploaded to its website, Vreo claims that many studies have shown embedded advertising is accepted by up to 90 percent of gamers. This technology is also able to bypass ad blockers because the content is integrated directly into the software that the gamer is playing.

To ensure that players are incentivized to embrace this technology, Vreo is planning to reward gamers whenever they interact with ads — allowing them to enjoy some of the rewards that the ecosystem has to offer.