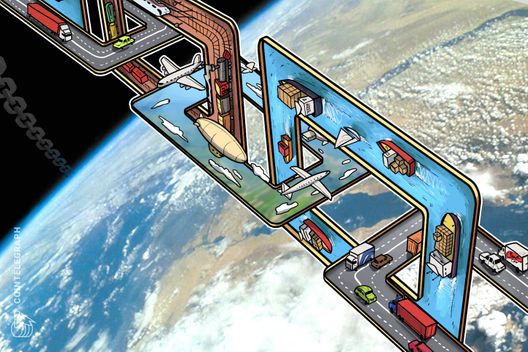 Big Four audit and consulting firm Deloitte has successfully completed a joint pilot for digitizing the supply chain on multiple blockchain networks, according to an official press release published on Feb. 1.

Completed in late 2018, the platform’s Proof-of-Concept (PoC) is reportedly interoperable across different blockchains and cloud networks commonly used in global trading and finance, the press release says. By joining data on multiple distributed ledger technology (DLT) chains, the platform is designed to boost efficiency for the global shipping industry by making the exchange of digitized documents more transparent.

Different blockchain’s interoperability has been one of the most important issues on the way for global adoption of DLT technology. Recently, the Head of Global Trade and Receivable Finance at multinational banking firm HSBC claimed that blockchain has the potential bring a unified ecosystem between the financial ecosystem and the supply chain, emphasizing that in order to be successful, the tech should be adopted widely and interoperable.

Recently, blockchain interoperability protocol Polkadot (DOT), created by Ethereum (ETH) co-founder Gavin Wood, has been reported to be planning to raise up to $60 million in an additional token sale that can potentially bring the fully-diluted market value of its tokens to $1.2 billion.