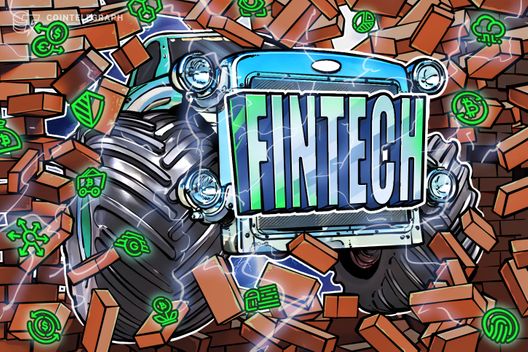 The Forbes “Fintech 50” list for 2019 of top fintech firms features little over half as many blockchain companies as before.

The Forbes 2019 “Fintech 50” list of the world’s top financial technology firms published on Feb. 4 features six blockchain companies, little more than half the amount listed in the 2018 edition.

In the introduction to this fourth edition of the list, Forbes writers note that while “crypto prices and ICOs collapsed, overall investment in fintech surged in 2018,” stating that “big fintechs are getting bigger.” The introduction also points out that 20 of the startups are making their appearance on the list for their first time.

The list of companies featured “Crypto & Blockchain” as one of its categories. However, the first company on the list which involved such technologies, Axoni, was placed in the “Wall Street” category.

This company, according to Forbes, employs “blockchain-based smart contracts to overhaul the back office of the world’s biggest derivative markets.” Moreover, Axoni uses a distributed ledger to allow counterparties to see payments, calculations and other data immediately.

As Cointelegraph reported in August 2018, the company has raised $32 million in a funding round led by Goldman Sachs alongside other banks and venture capital investors.

Bitfury, the largest non-Chinese company that specializes in the development of Bitcoin (BTC) blockchain software — also a consulting company — is featured on the list again.

Another crypto-related company featured is Circle, a service for making instant money transfers that also offers an insured Bitcoin wallet. The company first announced the release of its USDC stablecoin in May of last year. This January, Circle released its third reserve audit report attesting to the stablecoin’s reserves.

Crypto exchange Gemini is on the Forbes’ fintech list as well. The founders of this company, the Winklevoss twins, recently confirmed their commitment to a Bitcoin ETF and stated that “Bitcoin is most likely the winner in the long term.”

Also in the top 50 is Ripple, the company behind the second-largest crypto asset XRP, whose potential for cross-border payments has been recently recognized by Japanese finance giant SBI Holdings in a financial report.

A company that does not necessarily count as crypto-related on the list is Robinhood, the zero-fee exchange which — among other types of assets — lets its users trade crypto.

As per a Cointelegraph report, Robinhood received a BitLicense to operate in New York this January.