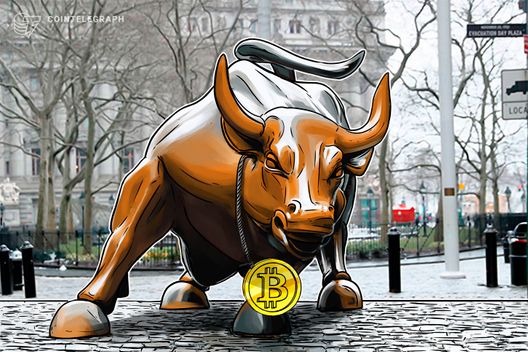 JPMorgan’s Global Market Strategist Nikolaos Panigirtzoglou says that Bitcoin (BTC) could make a resurgence on Wall Street, according to an article published by CNBC on Feb 6.

Panigirtzoglou predicts that firms will show a renewed interest in cryptocurrencies as stability in the market grows and as Bitcoin’s underlying blockchain technology grows more important. He added that a Bitcoin’s resurgence could be years away, as regulators are a “bit slow to realize” the potential of the cryptocurrency.

Many have predicted that increased involvement from institutional investors on Wall Street would inject much-needed capital into the cryptocurrency space, particularly after markets suffered a bear year in 2018. In June 2018, Cardano (ADA) co-founder Charles Hoskinson, said that the entry of Wall Street into the sector will bring in “tens of trillions of dollars.”

Twitter’s CEO Jack Dorsey remains optimistic about the future of Bitcoin as it is purportedly the only cryptocurrency that he owns. Dorsey said that Bitcoin had a “great brand” and that, “Bitcoin is resilient. Bitcoin is principled. Bitcoin is native to internet ideals.”