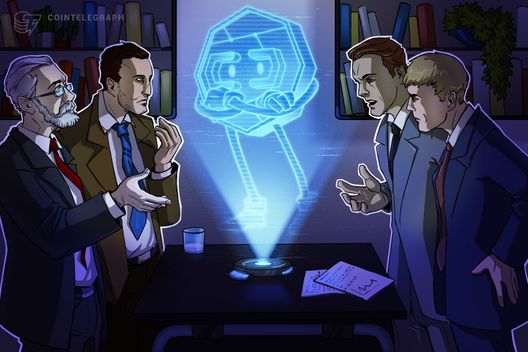 CEO of leading cryptocurrency exchange Binance, Changpeng Zhao, said that he doesn’t think ETFs “are core to our industry’s growth.”

The CEO of leading cryptocurrency exchange Binance, Changpeng Zhao, said that he doesn’t think Exchange Traded Funds (ETFs) “are core to our industry’s growth,” during a live stream via Periscope, Feb. 6.

Zhao — also known in the community as CZ — declared that the cryptocurrency industry will grow with or without the launch of a Bitcoin (BTC) ETF, suggesting:

“I think for our industry to grow we need more entrepreneurs to build real projects.”

As Cointelegraph reported last week, the Chicago Board Options Exchange’s, along with investment firm VanEck and financial services company SolidX, has re-applied with the United States Securities and Exchange Commission for a rule change to list a Bitcoin ETF, after withdrawing their request the week before. The much-anticipated launch of a Bitcoin ETF in the U.S. has been cited as a possible cause for a rally in crypto market prices.

When asked to comment on the recent controversy surrounding cryptocurrency exchange QuadrigaCX, Zhao said that, while he does not want to comment on other exchanges, “there’s something fishy going on.”

Binance’s CEO also said that while “there’s nothing going on right now” for the exchange, the firm is interested in adding Ripple (XRP) as a partner by using its xRapid system. As Cointelegraph explained when the system became commercially available in October 2018, xRapid is a real-time settlement platform designed to speed up international payments sourcing liquidity from XRP.

In a tweet Feb. 2, CZ stated that he believes online retail giant Amazon cannot avoid issuing its own altcoin eventually.

Binance is currently the world’s largest cryptocurrency exchange by adjusted daily trade volume, according to CoinMarketCap.