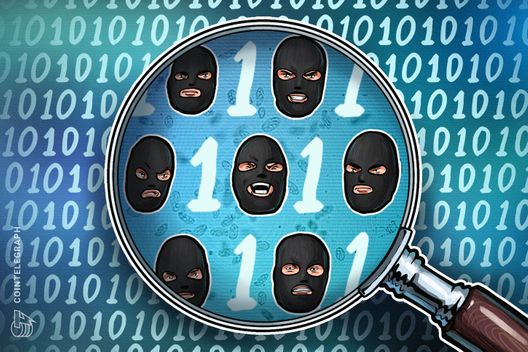 $3.2 million worth of tokens that were stolen from New Zealand-based cryptocurrency exchange Cryptopia have been liquidated.

The hack, which is seemingly the first major security breach of 2019, was announced by the platform on Jan. 15. The exchange said that the hack occurred on Jan. 14. Cryptopia initially told users it was undergoing unscheduled maintenance, issuing several updates before officially reporting the breach.

On Jan. 20, Elementus reported that as much as $16 million worth of Ethereum (ETH) and ERC20 tokens were stolen. The attack continued for two weeks following the initial breach as the exchange had not regained control of its wallets. Hackers stole and additional 1,675 ETH ($175,875) from 17,000 Cryptopia wallets, with Elementus stating that, among the 17,000 affected wallets, 5,000 were emptied when the platform was first breached, but subsequently refilled.

Per the Feb. 4 tweet by Elementus, the hackers have liquidated $3.2 million of the stolen tokens on major exchanges, with the most funds going through Etherdelta, Binance and Bitbox. 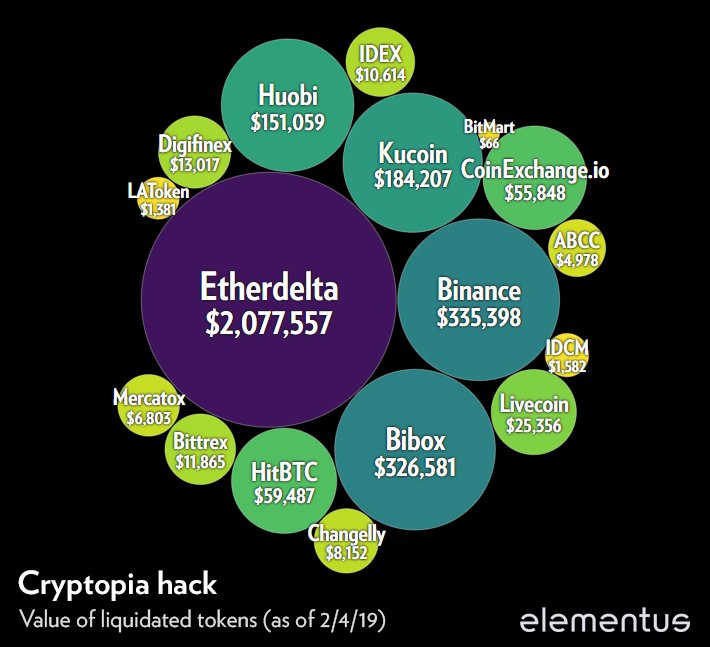 Value of liquidated tokens as of Feb. 2 Source: Elementus

Following the Jan. 15 announcement of the hack, Cryptopia informed government agencies and authorities like the High Tech Crimes Unit and the New Zealand Police, who have reportedly opened an investigation after considering the incident a major crime.