Warning: Cannot modify header information - headers already sent by (output started at /home/content/40/5849840/html/o3n.com/index.php:2) in /home/content/40/5849840/html/o3n.com/wp-content/plugins/wp-cloudflare-page-cache/libs/cache_controller.class.php on line 298
 Smart Contracts Are No Problem for the World’s Legal Systems, so Long as They Behave Like Legal Contracts – o3n [ozone] blockchain layer 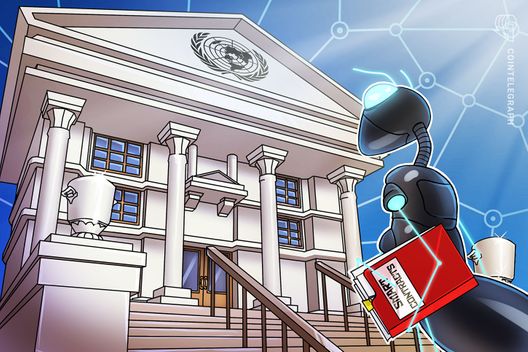 Smart contracts are no problem for international law, but only when they behave like legal contracts.

Cryptocurrencies have been a headache (if not a nightmare) for the law. Ever since Ross Ulbricht launched the Silk Road online marketplace in February 2011, Bitcoin and its ilk have been disrupting the ability of authorities to police the globe, and to ensure that norms, regulations and laws are being observed. For a while, it was believed by some that smart contracts — essentially if-then instructions written into and executed by a blockchain — would do something very similar to the law itself, coming into potential conflict with the globe’s legal systems and their jurisdiction over our behavior.

However, in a blog written toward the end of January, law professor Giesela Rühl argued that smart contracts don’t necessarily conflict with traditional contract law, and that international law — specifically the European Union‘s Rome I Regulation — applies to them. This was a rare affirmative statement that blockchain-based contracts can be seamlessly integrated into the globe’s existing legal frameworks, all without there needing to be a significant overhaul of said frameworks.

But while other legal experts agree with Rühl’s overall analysis, some question whether it’s still too early in the life of smart contracts to conclude that they won’t cause problems for the world’s existing legal frameworks. What’s more, international law encompasses more than just EU contract law, while even within the EU there’s still the question of how individual member states will interpret and enact the Rome I Regulation.

The main claim put forward by Rühl in her blog was that smart contracts are subject to international law, with the Rome I Regulation being the piece of law that determines the legality of all civil and commercial contracts in the EU. More specifically, she contends that Rome I is capable of assigning smart contracts to particular national legal systems, something that will obviously be useful in cases where it’s not immediately clear where a smart contract has been in operation.

“It will usually be possible to assign a smart contract to a particular legal system because the Rome I Regulation does not rely on the place of formation or the place of performance to determine the applicable law, but resorts to connecting factors, namely party choice and habitual residence, which work reasonably well in a globalised and digitalised society.”

For the most part, other legal experts concur with the main thrust of her analysis. Stephan Meyer and Martin Eckert — blockchain legal experts at the MME law firm in Zurich and Zug — tell Cointelegraph that, assuming smart contracts are actually contracts in a legal sense, then international legal frameworks such as the Rome I Regulation do obviously apply to them.

“Prof. Rühl has correctly stated that the Rome I Regulation applies only to contractual obligations in a legal sense,” they say via email. “Therefore, the decisive question is whether a smart contract can be a contract in a legal sense or not.”

Pointing out that, generally, “a smart contract is a computer program recorded on a distributed ledger system executing pre-defined functions,” Meyer and Eckert nonetheless affirm that three different kinds of smart contracts can be distinguished from a legal perspective, with the first two kinds being subject to the Rome I Regulation (and potentially other instances of international law).

“One: smart contracts of which the code directly represents the content and terms of the agreement; in this situation, the smart contract is a direct manifestation of the (legal) contract. Two: smart contracts that are intended to execute bilateral or multilateral contractual agreements made completely or partially outside of the blockchain (in writing, orally or by conduct).”

In other words, a smart contract is legally enforceable if the terms of a legally binding contract are directly written into it, or if there’s agreement between the relevant parties that it’s intended to uphold and execute such a contract. Otherwise, smart contracts “are just programs not qualifying as contracts in a legal sense,” which means that legal frameworks such as the Rome I Regulation do not apply to it.

Nonetheless, Meyer and Eckert state that even if they aren’t legal contracts as such, “smart contracts are not in a legal vacuum.” What this means is that, despite not legally specifying the terms by which two parties should interact, a smart contract would still be subject to applicable domestic or international laws (not necessarily contract laws) if they resulted in such laws being violated. For example, an informal house party is obviously not a contract, but if someone at that party assaults another guest, then that would constitute an offence under various laws.

Another key point made by Rühl is that smart contracts are unproblematic for international law also because the principle of party autonomy (a principle used in international arbitration) permits the parties to a (smart) contract to specify the national laws to which that contract will be subjected. As she writes in her blog:

“Embodied in Article 3 Rome I Regulation, it [the principle of party autonomy] allows parties to submit their contract to the law they want — and without requiring a territorial connection to that law.”

However, there is some dispute over how this principle might be upheld with regard to smart contracts. Rühl states that it’s “hard to see, however, how a choice of law can be represented in algorithmic fashion (‘if-this-then-that’).” She therefore suggests that some kind of supplementary document or agreement will be needed to specify the national law(s) applying to any smart contract, although Meyer and Eckert do not entirely agree with her on this.

“Based on the Rome I Regulation, the applicable law is determined through the principle of party autonomy. For most contracts, there is no specific form required for the definition of the terms. Therefore […], it should be (technically and legally) possible to include a choice of law clause in a smart contract. The parties could even agree on and implement a specific smart contract function that, if executed, replies with the message: ‘This contract has been construed in accordance with and is governed by Swiss law.'”

Meyer and Eckert admit that the choice of law can also be included in an agreement outside of any given smart contract, so either way such contracts don’t appear to pose international law with too much difficulty. That said, other legal experts suggest that the decentralized nature of blockchains and smart contracts could make determining a specific jurisdiction for such contracts very difficult. This is the view taken by James Kaufmann, a legal director at the United Kingdom-based professional services firm RPC, who warns that smart contracts may ultimately require an integrated international agreement as to the specific laws that will apply to them.

“What a smart contract will often mean is that you’ll have an inherently international arrangement, where you have an arrangement where there is no obvious place for the contract to be domiciled, when neither party is necessarily physically located anywhere, because it’s all done through the blockchain or on the cloud and there’s no physical location for anything.

“And if it’s a smart contract that doesn’t necessarily require any kind of manual execution or signing, and there’s no necessary subject of the contract, it’s just a confirmation that one piece of data is transferred from one place to another, then there is therefore nowhere where you can ‘hang your hat’ and say this is where the contract has been carried out.”

Similarly, given the pseudonymous or sometimes anonymous nature of blockchain and cryptocurrencies, there will always remain the possibility that one or more of the parties to a smart contract won’t be identifiable. And as Lisa Cheng, the founder of smart contract service provider Vanbex, adds, this will require some adaptation on the part of the law and on that of smart contract platforms.

“There will always be difficulty in applying laws to anonymous parties; in general, people will not enter into anonymous agreements (via blockchain or any other method) and expect the law to protect them. But yes, smart contracts can be used in a way that would make legal enforcement difficult or impossible — the solution is for trusted smart contract platforms to control these sorts of uses.”

As Cheng suggests, anyone who wants to be able to uphold their rights won’t enter into a smart contract anonymously, and most likely won’t enter into a smart contract with an anonymous party (although this possibly won’t always be avoidable). This is something Meyer and Eckert agree with, while still acknowledging that pinpointing the relevant residence and jurisdiction of the parties involved could still be difficult.

“Given the decentralised and pseudo-anonymous nature of most blockchain systems, it can be very difficult to determine the closest connection and the place of the characteristic performance. However, the question of the relevant law is usually only then relevant, when two parties disagree on the content of a contract and meet each other before a court (a lawsuit against an unknown person generally makes little sense). In this case, at least the residence of the parties should be known.”

However, as assured as the likes of Meyer, Eckert and Rühl are that smart contracts are already covered (at least in part) by international law, James Kaufmann calls into question whether such pieces of international law as the Rome I Regulation are capable of settling questions that need to be decided on a nation-by-nation basis.

“I never really understand what people (especially academics) mean when they refer to ‘international law.’ It sounds good and comes across well in movies, but at a practical real-world level, there are very few truly internationally agreed laws. Primarily this is because even in trading blocs (such as the EU), national sovereignty and existing jurisprudence mean that even where the same text of a rule is adopted by different countries, the independent legal systems and judiciary will usually interpret the rules differently.”

“When we use the term ‘international law,’ are we talking about ‘law’ in every single country? Are we talking about some kind of integrated UN law?” Kaufmann asks rhetorically. “And to the extent that a smart contract may be covered by EU law, it may be, but then EU law has a degree of vagueness to it, in that we have those laws that are directly applicable, and those laws that have to be mediated through various countries’ regimes.”

Kaufmann also makes the general point that, despite some preliminary attempts at classification, we still haven’t completely figured out just what smart contracts are yet, just as we used to be at a loss (and perhaps still are) when it comes to classifying cryptocurrencies. It’s therefore arguably premature of Rühl to conclude so early in the life of smart contracts that they won’t pose a problem for international law(s), a view that’s also backed up by Lisa Cheng:

“The legal world has yet to fully assimilate the new realities of technology, including smart contracts. So ultimately the answer to this question will lie in the individual legal processes in jurisdictions around the world.”

However, despite warning that the questions surrounding smart contracts will have to be answered on a nation-by-nation basis, Cheng also affirms that, fundamentally, the world’s legal systems will sooner or later answer them:

“In every conceptual and practical sense that matters, we believe that smart contracts are contracts. It will simply take a while for the world to become as familiar with them as they are with cocktail napkins.”