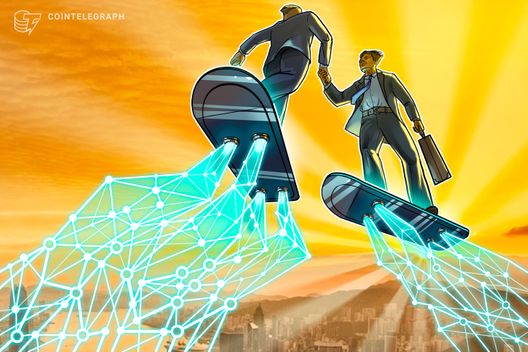 Bakkt, the much-anticipated digital assets platform operated by the Intercontinental Exchange (ICE), has closed its first acquisition, a tweet from the company revealed Feb. 8.

“RCG’s remarkable heritage, culture and expertise will help us build out a trusted institutional infrastructure for digital assets.”

Bakkt had announced the acquisition of assets in RCG in mid-January. As the company’s CEO, Kelly Loeffler, explained at the time, the acquisition means that the company is slowing down operations while awaiting regulatory approval by the United States Commodity Futures Trading Commission (CFTC) for the launch of regulated trading in crypto markets.

Loeffler also added that the acquisition will allegedly expand Bakkt’s risk management and treasury operations with systems and expertise, and might contribute to Bakkt’s Anti-Money Laundering (AML) and know your customer (KYC) policies.

On Thursday, Feb 7, ICE — the parent company of the New York Stock Exchange and over 20 other major exchanges — had its Q4 2018 earnings call. During the hour-long call, ICE CFO Scott Hill mentioned Bakkt, saying the firm’s investment in the digital assets platform “will generate $20 million to $25 million of expense based upon the run rate in the first quarter.” Later in the call, ICE’s chairman and CEO, Jeff Sprecher, called Bakkt a “moonshot bet.”

As Cointelegraph previously reported, Bakkt was first announced by ICE in August 2018. In late December, ICE reported it will update the launch of the Bakkt Bitcoin (USD) Daily Futures Contract launch timeline in early 2019, in accordance with the CFTC’s approval process.

More recently, Bakkt published a list of eight evidently new vacancies at the company, all of which are based in Atlanta and New York City.