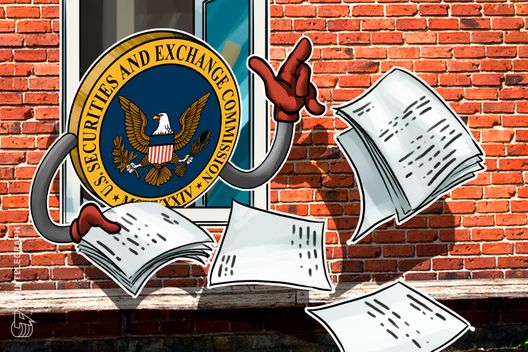 The SEC’s brief introduction on ICOs features an overview of issues such as securities registration, financial risk and other obligations.

U.S. regulator the Securities and Exchange Commission (SEC) has reiterated guidelines on initial coin offerings (ICOs) in a tweet Feb. 10, as efforts to formalize the sector continue.

A dedicated section of the regulator’s website now lists five aspects of ICOs the SEC considers essential, as well as a separate section for investors and market professionals.

The content appears to have existed since March last year, with the SEC opting to draw renewed attention to it on social media this weekend.

The material remains perhaps the most accessible publication into the ICO sector yet by the SEC, conspicuously coming in the form of a user guide instead of technical literature.

The five descriptive aspects listed appear to summarize the organization’s current perspective. These include confirmation a token issued in an ICO can be a security in need of registration with the SEC, regardless of how its issuer refers to it.

The guide also makes familiar reference to risks involved for investors and asks them to do their own research before parting with any capital.

“Companies and individuals are increasingly considering initial coin offerings (ICOs) as a way to raise capital or participate in investment opportunities,” a summary of the guide reads:

“While these digital assets and the technology behind them may present a new and efficient means for carrying out financial transactions, they also bring increased risk of fraud and manipulation because the markets for these assets are less regulated than traditional capital markets.”

An SEC commissioner, Heister Peirce, said Friday, Feb. 8, that the delay in establishing crypto regulation may allow more freedom for the industry to move on its own.

Nonetheless, the combined efforts come at a time when the ICO industry is now a fraction of its former size in terms of market capitalization. As Cointelegraph reported, some ICO tokens now trade well under their issuance price, while many have lost more than 90 percent of their value.