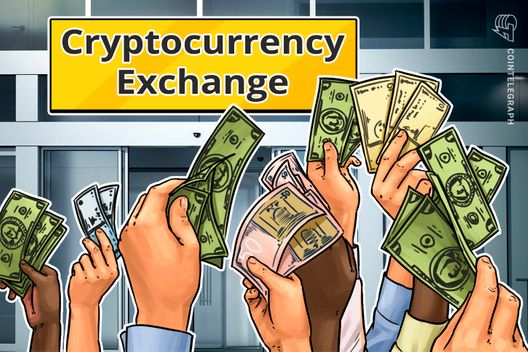 Crypto asset brokerage Voyager Digital — co-founded by the ex-CTO of Uber — has gone public on Canada’s TSX Venture Exchange. The news was announced in an official tweet from Voyager on Feb. 11.

Shares are traded under ticker symbol VYGR.V, as a company blog post outlines.

The listing comes following the completion of a so-called reverse takeover — also known as a reverse initial public offering or backdoor listing.

Last week, Voyager had announced that its merger with former shell company UC Resources Ltd. was nearing completion. The moved allows the crypto brokerage to qualify as a TSX Venture Tier 2 Company.

Generally, a reverse takeover occurs when a privately held company merges with a publicly traded company — thereby bypassing at least some of the bureaucratic scrutiny involved in the process of going public, including regulatory issues and due diligence. Upon completion of the deal, the buyer gains automatic inclusion on the relevant stock exchange.

As the firm’s blog post notes, now that Voyager has gone public, it will be legally bound to disclose quarterly and annual reports. The company will also be required to report any mergers, acquisitions, insider trading, securities transactions by firm employees and ownership changes.

As previously reported, among its co-founders, Voyager counts E*Trade veteran Steve Ehrlich and Oscar Salazar — the former CTO at Uber and one of the company’s original employees.

The firm is working toward launching a zero-fee mobile crypto trading app, currently in beta stage development, that will allow investors to to trade and manage their digital assets across multiple crypto exchanges.

Other crypto industry firms to have pursued a reverse takeover include Mike Novogratz’s crypto-focused merchant bank Galaxy Digital, which opted for the route in order to secure a listing on the very same TSX Venture Exchange.