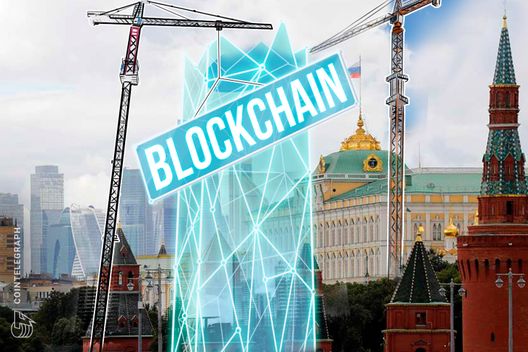 The joint agreement was signed by Rostec subsidiary National Center for Informatization (NCI) and tech company Vostok, which provides a blockchain platform combining its own private blockchain and the Vostok system integrator.

Global blockchain platform Waves raised $120 million in December 2018 for the Vostok platform, which uses Waves technology for both commercial and government IT systems.

According to the agreement, Vostok will be responsible for the development of solutions based on blockchain for NCI to implement in joint infrastructure projects. The article underlines:

“The partnership with Vostok will give the NCI the opportunity to develop competencies in the implementation of blockchain technologies at the municipal, regional and federal levels.”

Previously this week, Cointelegraph reported that Infotech Baltika, a Russian shipping logistics company that provides its services to 14 ports in the Russian Federation, announced the development of a blockchain-based system. Dubbed Edge.Port, the system aims to track all services in the port — including vessel parking and tug boat rentals — via a blockchain-backed system.

Earlier this month, Rosobrnadzor, the Russian Federal Service for Supervision in the Sphere of Education and Science, announced that blockchain tech would be implemented into the country’s main graduation examination, as Cointelegraph reported on Feb. 5.