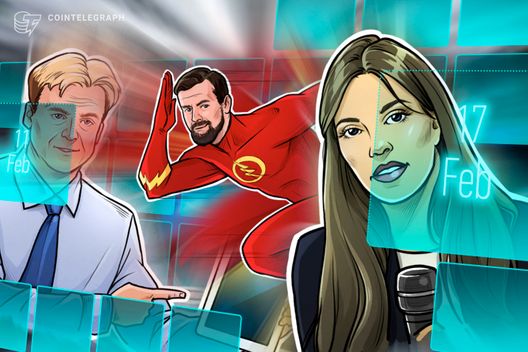 Fundstrat Global Advisors thinks that crypto prices can see higher price points, and JPMorgan plans to launch its own coin.

According to a report on the 2019 crypto outlook released by New York-based research company Fundstrat Global Advisors, incremental improvements in the crypto space can provide support for higher prices for cryptocurrencies. The report notes that as the United States dollar is expected to weaken, and more institutional investors enter the space, a visible market recovery can be expected. Fundstrat states that the current year’s crypto hangover can be attributed to the waning interest in the initial coin offering (ICO) sector as well as adverse regulatory achievements.

United States banking giant JPMorgan Chase announced this week that it was planning to launch its own digital asset. After previous negative comments about cryptocurrency from the bank’s CEO Jamie Dimon, the company has released information about its new JPM Coin, which is designed to increase settlement efficiency initially within three operations: international settlements by major corporations, treasury services and securities transactions. According to the head of JPM’s blockchain focus, only a small amount of the total funds involved will at first involve the JPM Coin.

A recent analysis by Bloomberg has found that crypto investors and miners are looking more and more towards derivatives like options as a way of surviving the recent market downturn. According to Bloomberg, the increasing popularity of complex traditional market trading instruments is a reflection of the difficulty of weathering the current bear market. Although official statistics are scare, Bloomberg notes that miners are now becoming one of the main sellers of a type of derivative similar to a covered call option. 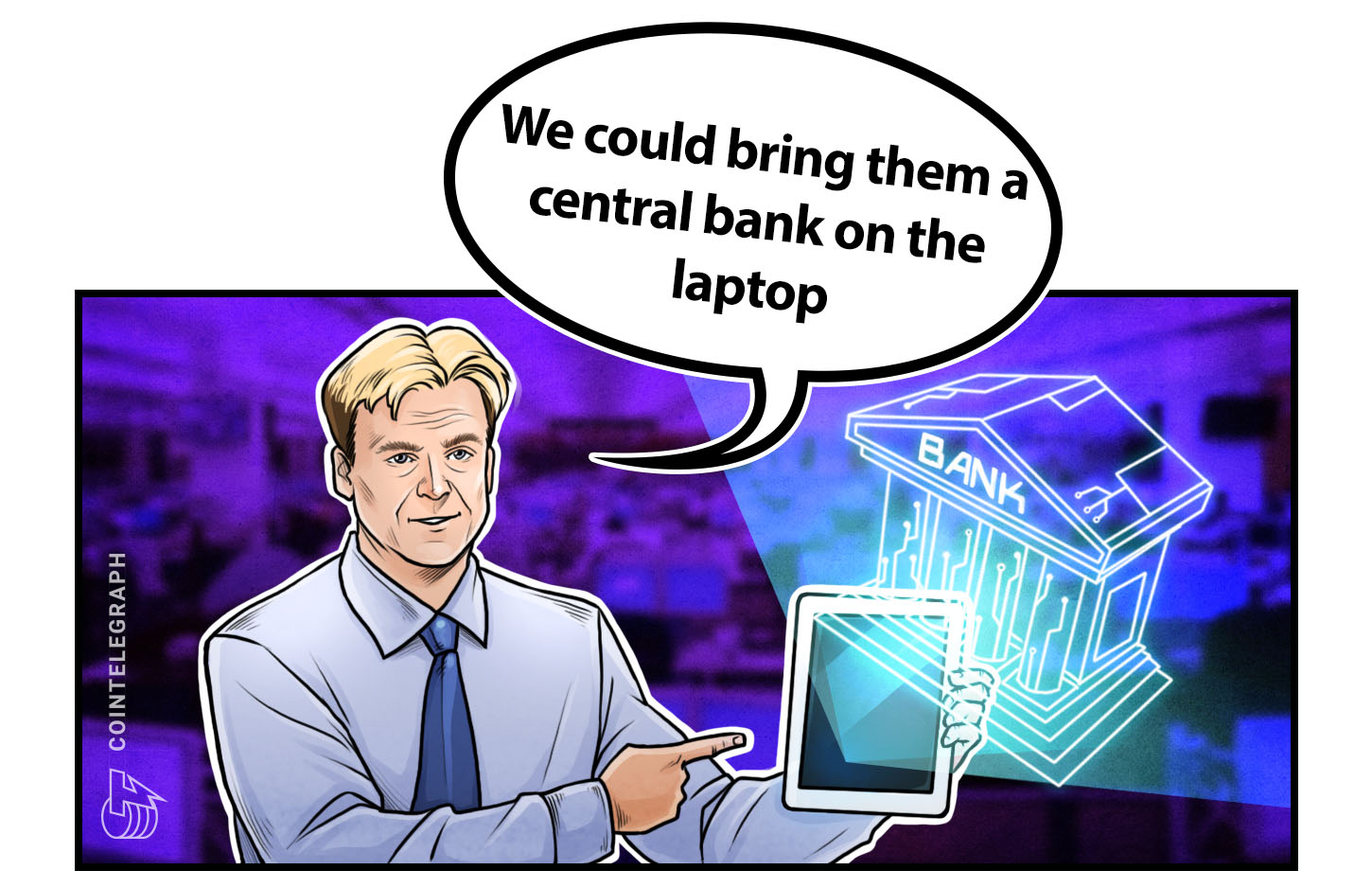 Coinbase Wallet users will now be able to backup their private keys on Google Drive or iCloud. According to an official announcement, Coinbase Wallet users will be able to upload their keys to the cloud as a safeguard against lost keys, which then protects against losing funds in the case that keys are misplaced. The users can also store an encrypted copy of the recovery phrase on their clouds accounts, and Coinbase has noted that neither they nor the cloud services will have access to user funds. Experts opinions differ on the issue of security of such backup.

Earlier this week, it was reported that major Canadian crypto exchange QuadrigaCX accidentally transferred nearly $500,000 in Bitcoin (BTC) to its cold wallets earlier this month. Ever since the death of its founder Gerald Cotten in December 2018, the exchange has been unable to access these wallets, leaving around CA$190 million dollars ($145 million) missing in digital assets. Also this week, evidence emerged from an old podcast that Cotten had suggested in 2014 that he kept private keys for the exchange’s wallets printed out and stored in a safe deposit box. 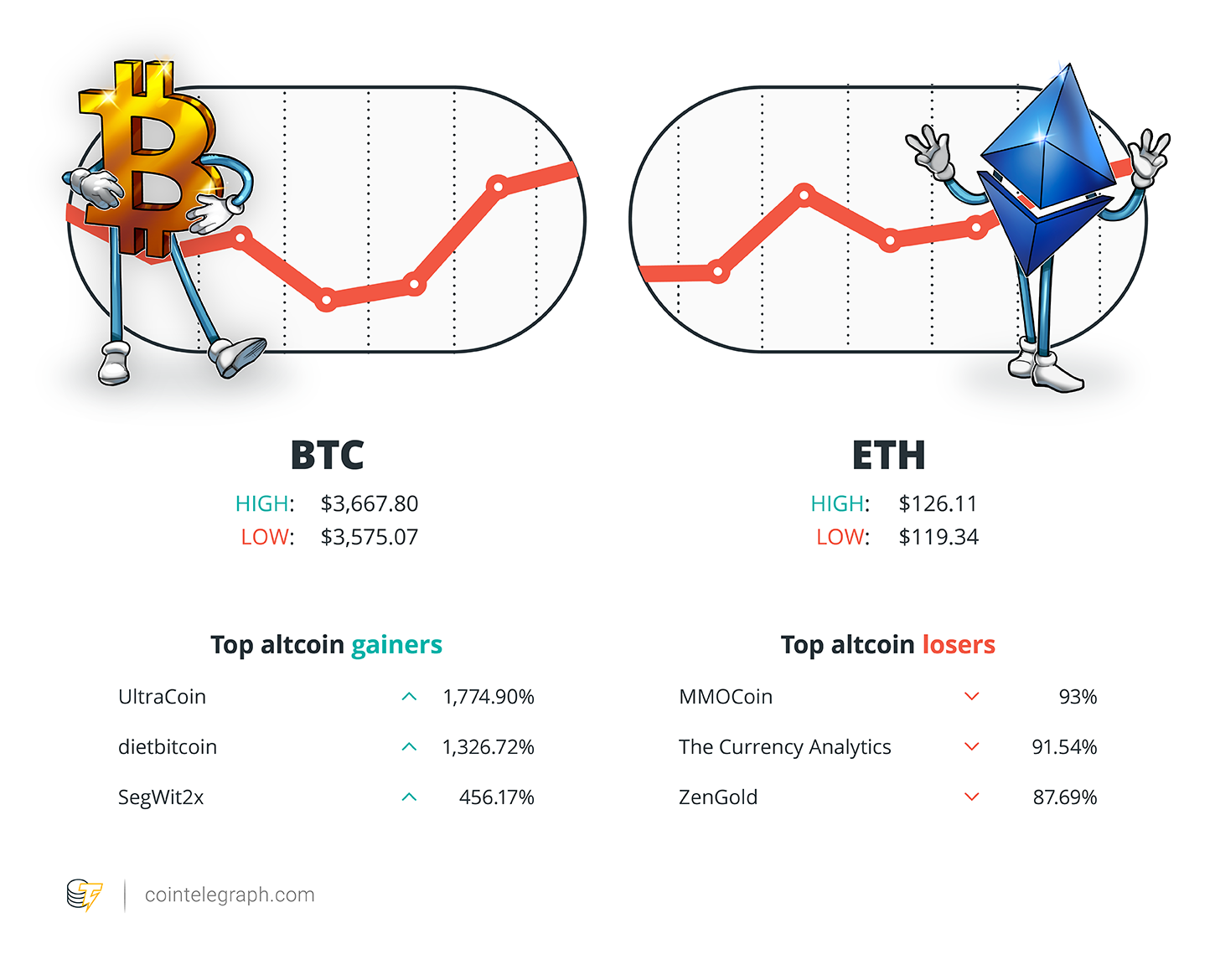 “We would love to make [Bitcoin payments] as fast and efficient and transactional as possible and that includes looking at our seller base and our register. It’s not an ‘if,’ it’s a ‘when.’”

Eva Kaili, a Greek member of the parliament (MEP) of the European Union

“We could step into Venezuela with six laptops and create not only a functioning society but arguably one with the most advanced government systems in the world. We could bring them a central bank on the laptop. Everyone in Venezuela downloads a free app, and suddenly you have the most advanced monetary system on the planet.”

“Technologically, regulation-wise it [a BTC ETF] could happen tomorrow. There is no particular motivation because the ‘powers that are be’ in the fund industry have no incentive to give up their market share.”

“I’m not a believer in the vast majority of digital tokens and I believe most will go to zero.”

“As predicted, banks are changing their tune on crypto. But this JPM project misses the point — introducing a closed network today is like launching AOL after Netscape’s IPO. 2 years later, and bank coins still aren’t the answer.” 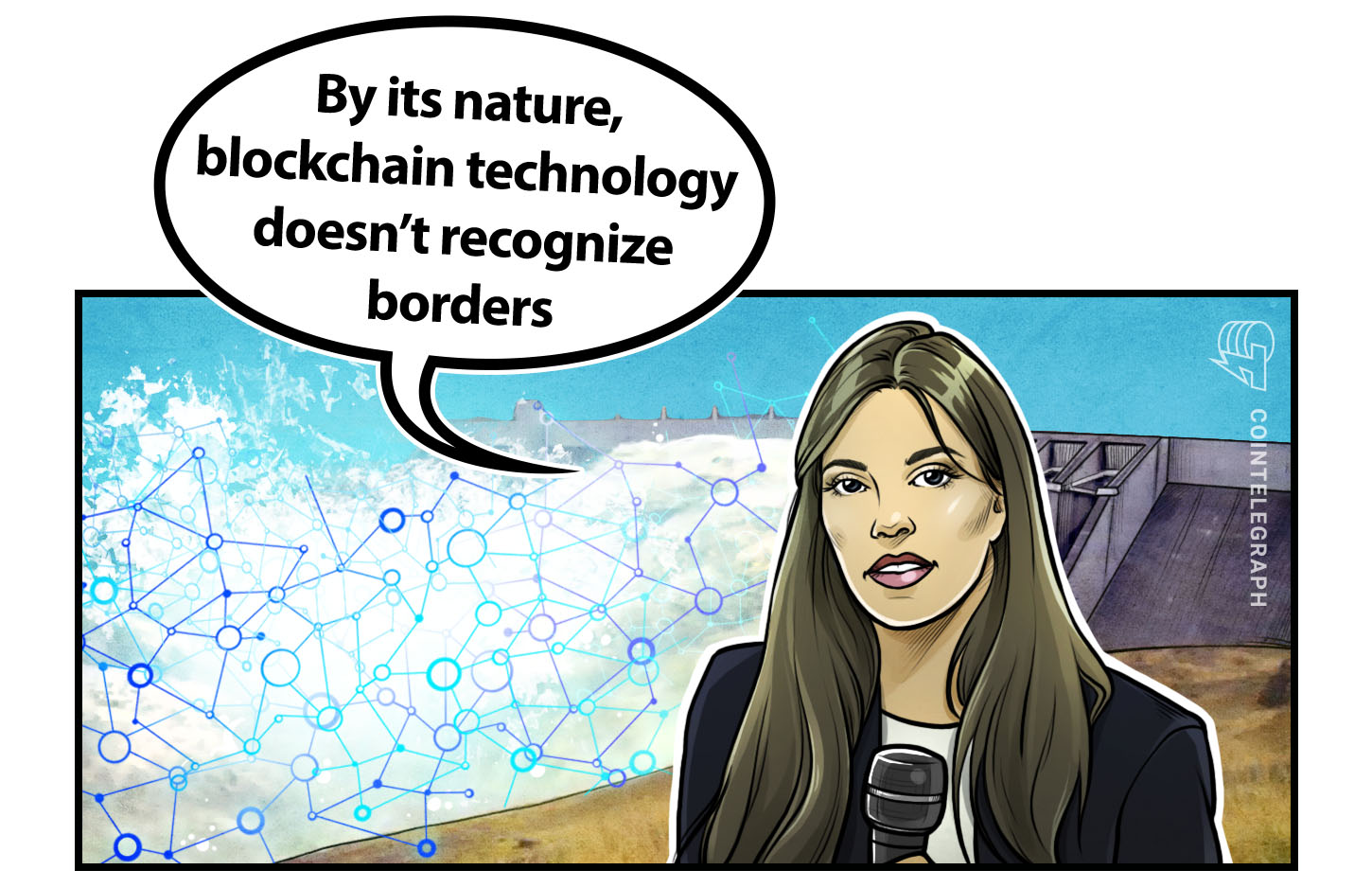 United States crypto exchange and wallet service Coinbase has given out a $30,000 reward for reporting a critical bug on its system, according to data from its vulnerability disclosure program. Coinbase has confirmed that the vulnerability has since been fixed, but has not provided any additional details on the scope of the bug. According to Coinbase’s four-grade reward system, the bug was rated towards critical impact, as their highest bug bounty is capped at $50,000. This is the fourth bug bounty handed out by Coinbase over the past year.

Earlier this week, software developer Tim Cotten wrote on Medium about the possibility for the new smart contract creation function, dubbed Create2, to introduce a new attack vector to the platform. Cotten wrote that since the contract with Create2 is created at an address that can be determined by different parties, it could allow the change of smart contract addresses after being deployed. In an Ethereum developers call at the end of the week, ETH co-founder Vitalik Buterin addressed the issue, noting that the new feature will not have negative security implications.

Turkish Police Arrest 24 Suspects Over Hacking of Around $2.5 Million From Crypto Firm

Police in Turkey have arrested 24 people that were allegedly involved in a 13 million Turkish lira ($2.46 million) hack from an unnamed cryptocurrency-related firm in Istanbul. The city’s Cybercrime Department found that the stolen money had been moved out of hacked accounts to accounts on other exchanges, with the funds denominated in Bitcoin (BTC), Ethereum (ETH) and Ripple (XRP). During the investigation that covered 8 provinces, the cybercrime unit discovered that the suspected individuals were communicating through online multiplayer battle royale game PlayerUnknown’s Battlegrounds (PUBG). 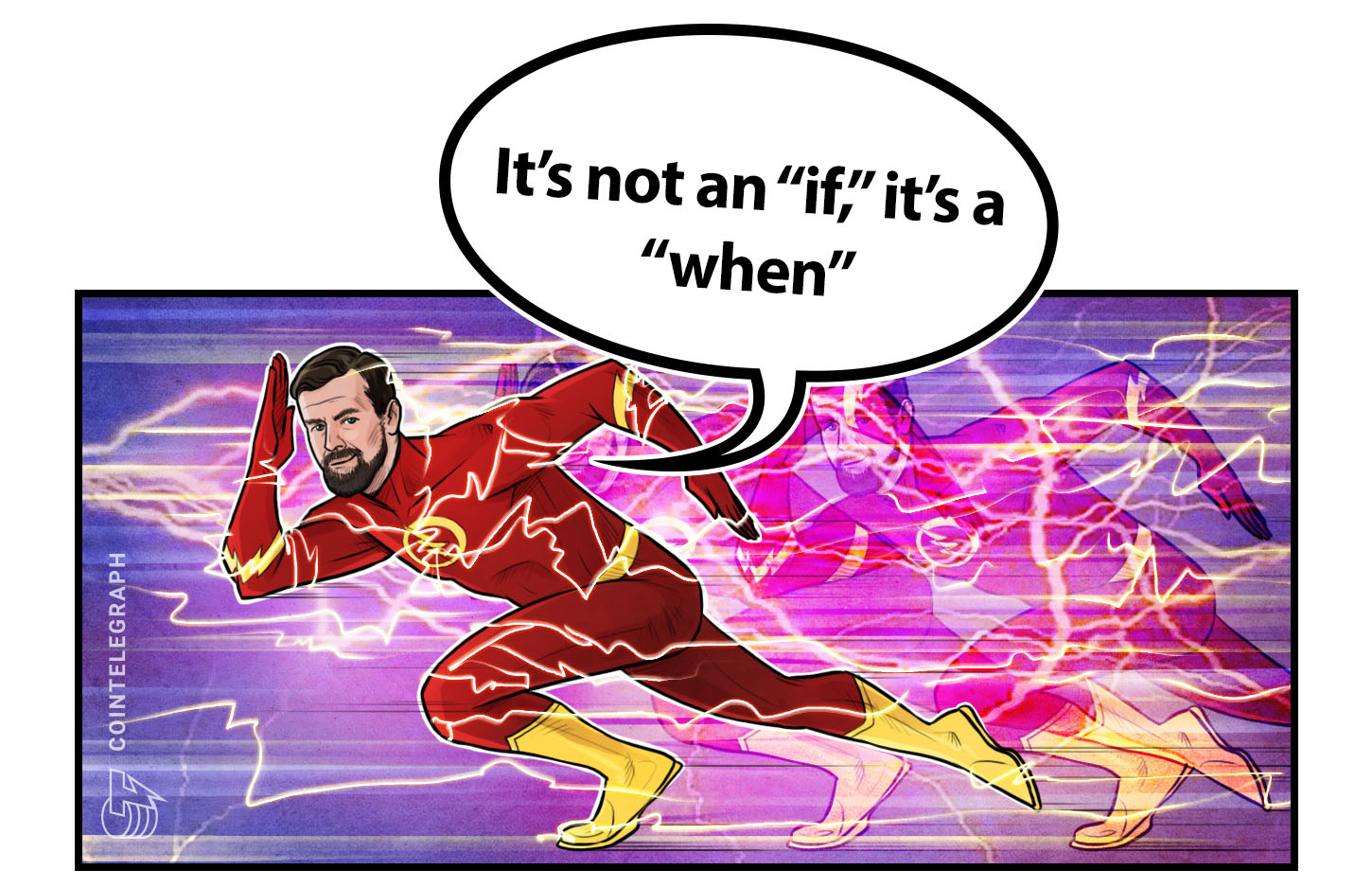 From Last-Minute Will to Past Banking Problems: What Makes the QuadrigaCX Case Seem So Strange

Cointelegraph looks at the strange and often perplexing case that has unfolded in the aftermath of the QuadrigaCX’s death in December 2018. With money apparently being moved around their cold wallets, their cold wallets not existing, and the money possibly even not existing, Cointelegraph examines the conflicting rumors and theories surrounding the financial status of Canada’s largest crypto exchange.

Coming off of the heels of the announcement of an Iranian-backed cryptocurrency, known as Paymon, the crypto space has discussed the implications of Iran using a digital asset. Facing sanctions and cut off from SWIFT, a blockchain-based digital asset could help the country economically, but how much has really been done?

Ordinary Stablecoin or XRP Killer? What We Know About JPMorgan Chase’s New Cryptocurrency

JPMorgan Chase took the world by surprise when it announced that it would be releasing its own digital currency, dubbed the JPM Coin, for use in several areas of its business. Considering CEO Jamie Dimon’s past negative comments on Bitcoin, crypto commentators have been highly skeptical of the move, even as others have brought up the possible competition between JPM Coin and Ripple. Cointelegraph examines how the JPM Coin will really work out.