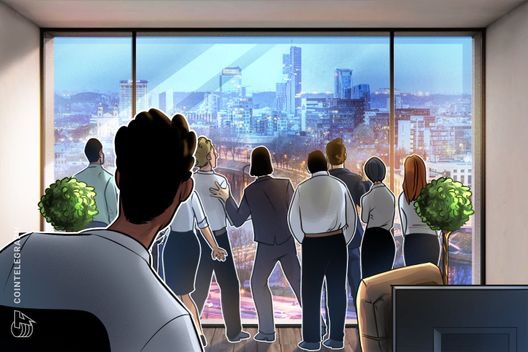 Major crypto wallet provider Blockchain.com has opened its fifth office location, continuing its expansion into Europe, the company announced in a blog post on Feb. 19.

According to Blockchain.com, the company considered several locations in Europe, choosing Vilnius, Lithuania. The firm said it found that the country was truly committed to innovation and the perfect place for a new office.

The crypto firm also reports it is looking to hire employees in Lithuania, with new vacancies to be announced over the coming weeks.

Lithuanian Minister of economy and innovation, Virginijus Sinkevičius, commented on the move:

“We’re thrilled to welcome Blockchain to Vilnius. The presence of a company as well-known as Blockchain will put Lithuania in the spotlight of the international blockchain community.”

According to its website, Blockchain.com is currently headquartered in Luxembourg. The company also has offices in London, New York and San Francisco, the blog post notes.

Back in 2014, the Central Bank of Lithuania officially warned consumers about potential risks related to cryptocurrencies. However, on Feb. 14, the bank issued an updated notice on virtual assets and initial coin offerings, officially allowing for the creation of investment funds for professional investors in virtual assets.

Moreover, the document also states that financial market participants will be allowed to use third-party crypto services and provide services to people dealing with the crypto industry, as long as they comply with anti-money laundering and counter-terrorism policies. However, accepting crypto payments is still prohibited for financial institutions in Lithuania, the document states.