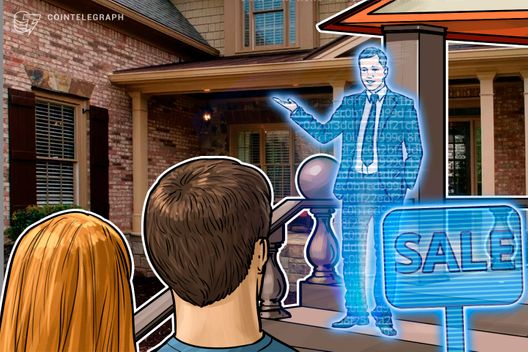 The County Auditors’ Association of Ohio has announced the formation of a working group to study the use of blockchain for the effective transfer of property deeds.

The County Auditors’ Association of Ohio (CAAO) has announced the formation of a working group to study the use of blockchain for the effective transfer of property deeds. The news was reported on Feb. 21 by Ohio-based blockchain startup SafeChain — the technical advisor for the multi-county initiative.

The association’s collaborative effort will reportedly test the use of blockchain technology to bring efficiency gains to the execution and management of real estate transactions and the transfer of land titles across multiple counties. Their ongoing projects will be reportedly be reviewed by SafeChain member Tony Franco as they work to set goals and establish operating principle for the technology’s prospective use.

CAAO chair, Matt Nolan, was quoted in the press release as saying:

“We have a committed group […] to enhance technology and improve government operations to the benefit of the taxpayer. CAAO has set an extremely high standard for getting involved in technology projects due to the need to recognize its members’ diverse needs; this makes the formation of this working group particularly noteworthy.”

To press time, members of the CAAO have not responded to Cointelegraph’s request for comment on the development.

As previously reported, the state of Ohio has made a bid to position itself at the fore of blockchain and cryptocurrency adoption, becoming the reported first state to accept Bitcoin (BTC) for tax payments in November 2018.

In December, a total of seven Ohio funds pledged to invest over $300 million into blockchain startups through 2021.

Earlier in 2018, Ohio House of Representatives Speaker Ryan Smith convened a group of lawmakers, industry and academic figures to discuss positioning the state as a pro-innovation hub for blockchain.

Alongside SafeChain, a gamut of startups are developing blockchain-powered real estate solutions, including the platform RealBlocks, which closed a $3.1 million seed funding round backed by digital assets manager Morgan Creek Digital this January.