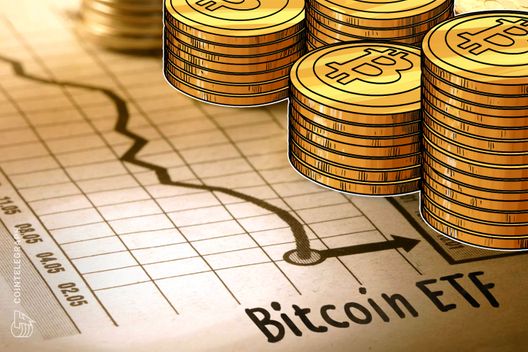 An official at South Korea’s sole securities exchange operator says the bourse is closely eyeing developments in regard to crypto ETFs.

An official at South Korea’s sole securities exchange operator, the Korea Exchange (KRX), says the bourse is closely eyeing developments from United States regulators in regard to Bitcoin (BTC) exchange-traded funds (ETFs). The official, reportedly speaking on condition of anonymity, was cited by local English-language daily The Korea Herald on Feb. 20.

ETFs are securities that track a basket of assets proportionately represented in the fund’s shares. They are seen by some as a potential development that would herald the widespread adoption of crypto as a regulated and passive investment instrument.

The U.S. Securities and Exchange Commission (SEC) has to date either rejected or postponed its decision on a wide range of proposed crypto-related ETFs. With the SEC’s review period of one proposal now set to come to a close by April, the KRX official reportedly remarked:

“The US has been the front-runner on the cryptocurrency market and related derivatives, and there are strong voices supporting the launch of Bitcoin ETFs within the market — which is why we are observing the progress and response of the US [SEC]’s decision on Bitcoin ETFs.”

The official added that KRX is extensively discussing the provision of a solid Bitcoin index, which would be “required for the launch of such ETFs […] when […] commercialized and integrated into the market […] because it would eventually concern investor protection issues.”

As The Korea Herald further reports, South Korea’s burgeoning blockchain space has reportedly already seen the launch of blockchain ETFs by local investment banks and asset management firms — products whose listing is eased by the relatively lower level of scrutiny they receive from the country’s watchdog, the Financial Supervisory Service.

Lee Kyung-ho, a professor at Korea University’s Graduate School of Information Security, reportedly argued that the health of the local blockchain sector would eventually pave the way to cryptocurrency ETF integration, remarking that:

“With the government expanding its investment in research and development of blockchain technology, the projects are expected to minimize or eliminate the risk of integrating ETF transactions in the cryptocurrency market.”

Lee further pointed to the fact that prospective Bitcoin ETF trading relies on robust Know Your Customer and Anti-Money Laundering compliance, which the Korean has already increasingly been requiring of domestic crypto exchanges.

In a recent interview with Cointelegraph, prominent CNBC commentator, crypto analyst and investor Brian Kelly said he believes there is no shot for a Bitcoin ETF this year — but a very good chance in 2020.