The top 20 cryptocurrencies are reporting mixed movements, as Bitcoin hovers under the $4,000 mark.

Saturday, Feb. 23 — the top 20 cryptocurrencies are reporting mixed movements on the day by press time. Bitcoin (BTC) is hovering under the $4,000 mark again, according to Coin360 data. 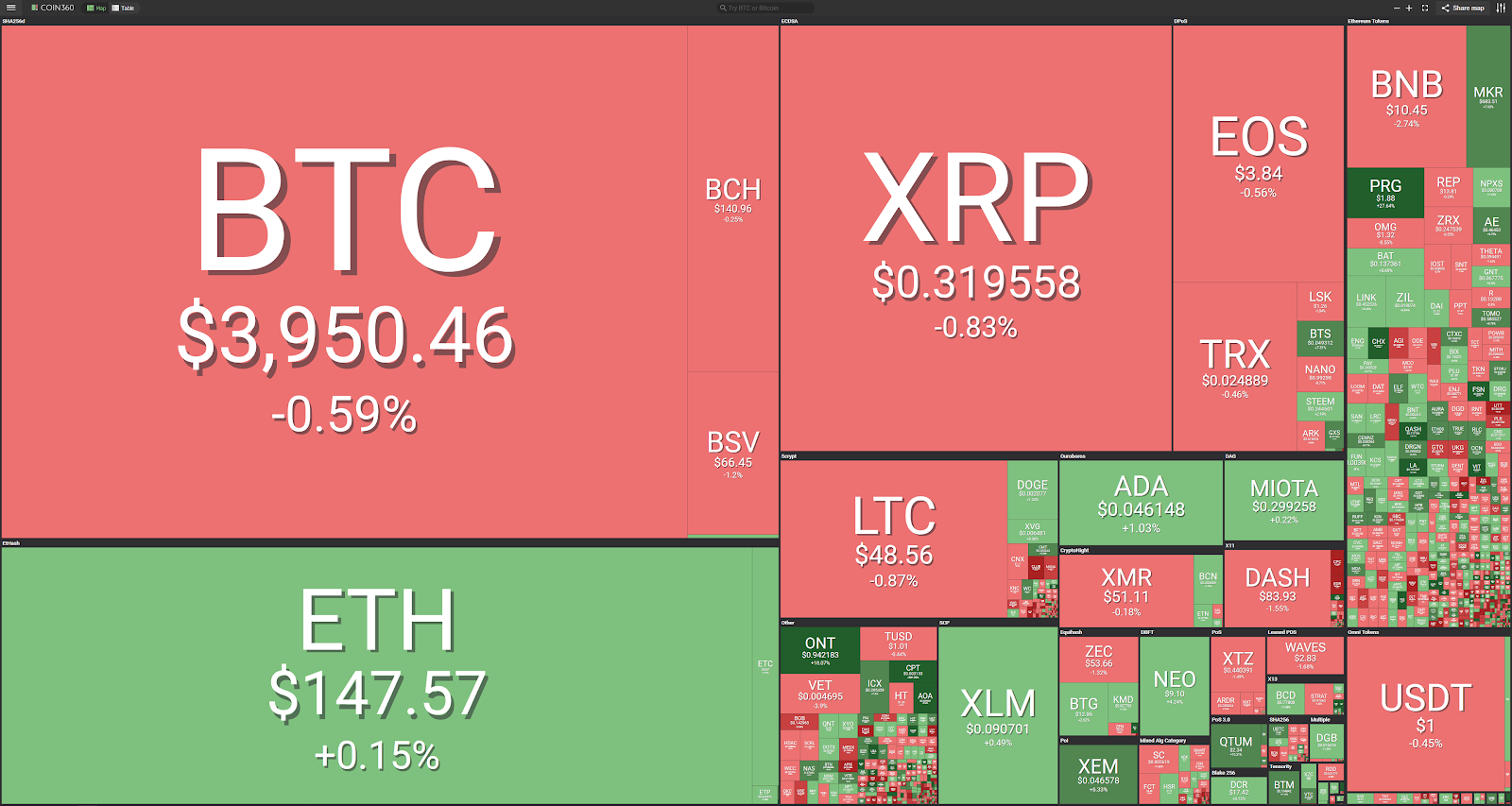 At press time, Bitcoin is down 0.26 percent on the day, trading at around $3,976 after a brief mid-day high of $4,005, according to CoinMarketCap data. Looking at its weekly chart, the current price is over 8 percent lower than $3,643, the price at which Bitcoin started the week.

Ethereum (ETH) is keeping its position as the largest altcoin by market cap, which is nearly at $15.6 billion. The second-largest altcoin, Ripple (XRP), has a market cap of about $13.3 billion.

Ethereum is up by little over a tenth of a percent over the last 24 hours. At press time, ETH is trading around $148, after having started the day at the same price and reporting a mid-day low of about one dollar lower. On its weekly chart, Ethereum has seen its value increase nearly 17 percent from $123, the price at which the coin started the week.

Ripple has lost 0.33 percent in the 24 hours to press time and is currently trading at around $0.32. On its weekly chart, the coin gained nearly 6 percent from $0.302, the price at which XRP started the week.

As Cointelegraph recently reported, the vice president of blockchain and digital currencies for IBM, Jesse Lund, said that he expects Bitcoin’s price to eventually hit $1 million.

On the other hand, co-founder of Reddit and known crypto bull Alexis Ohanian claimed that this week the crypto hype is gone, leaving space for true crypto believers.