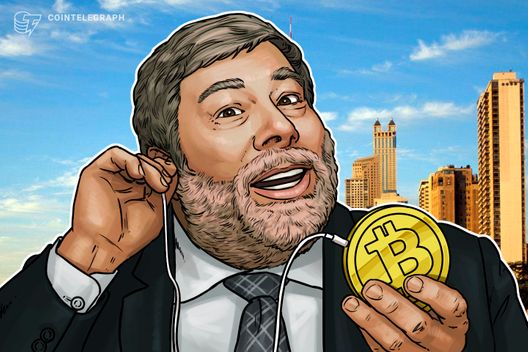 When Bloomberg asked Wozniak if he still expects Bitcoin to become the world’s currency in the future — an idea he expressed in June last year — after “we’ve seen massive value destruction in Bitcoin,” the entrepreneur countered:

Apple’s co-founder then argued that oftentimes psychology drives market dips, with fear in part determining price. Wozniak clarified that he was not interested in Bitcoin “as an investor” and that he “only had Bitcoin to experiment with,” clarifying that he had used the crypto as a form of payment.

Wozniak also noted that he had sold all of his Bitcoin “when it went up high,” reiterating what he had said last January:

“I don’t want to be one of those people watching the price of Bitcoin, so I sold out.”

The engineer added that he has never invested in any stocks nor used the Apple stock app.

As Cointelegraph reported in October last year, Steve Wozniak has been announced as a co-founder of  blockchain-focused venture capital fund, EQUI Global.