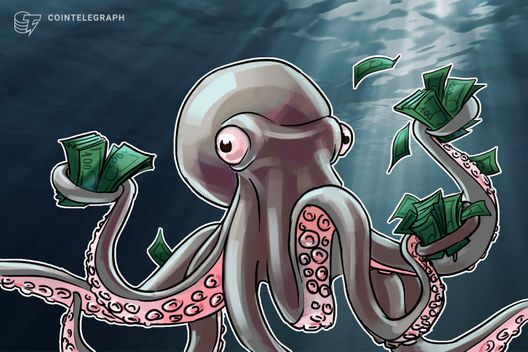 Crypto exchange Kraken is offering $100,000 as a reward for info that leads to the discovery of QuadrigaCX’s missing assets.

Cryptocurrency exchange Kraken has posted a $100,000 reward for the discovery of the major Canadian crypto exchange QuadrigaCX’s missing funds. Kraken announced the offer in a blog post on Feb. 28.

QuadrigaCX has faced financial difficulty following the sudden death of its founder Gerry Cotten in December last year. Since then, Quadriga has not been able to access its cold wallets where it kept most of the assets, because Cotten was apparently solely responsible for the wallets and corresponding keys.

Now, Kraken is offering up to $100,000 in either fiat or digital currency as a reward for tips that could lead to the discovery of the missing assets. Kraken notes in the announcement that it may end the reward program at any point in time.

“All leads collected by Kraken will be provided to the FBI [Federal Bureau of Investigaion], RCMP [Royal Canadian Mounted Police] or other law enforcement authorities, who have an active interest in this case,” the statement concludes.

“Essentially we [QuadrigaCX] put a bunch of paper wallets into the safety deposit box, remember the addresses of them. So we just send money to them, we don’t need to go back to the bank every time we want to put money into it. We just send money from our Bitcoin app directly to those paper wallets, and keep it safe that way.”

In mid February, a post by Redditor dekoze indicated five addresses allegedly associated with Quadriga, noting that the number is just a fraction of the total number of associated wallets. Transactions sent to the addresses roughly equal the amount of BTC Quadriga previously reportedly sent to locked cold wallets by mistake.