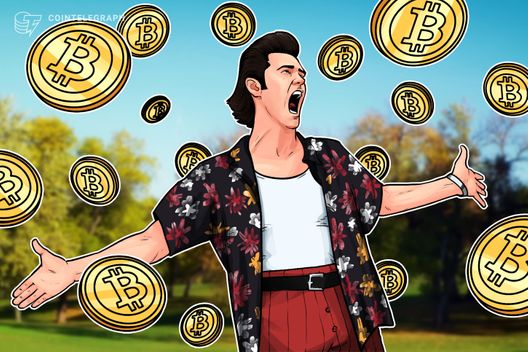 The company sold $52 million in Bitcoin in the last quarter of 2018, bringing annual totals to over $166 million.

Square, which shares its CEO Jack Dorsey with Twitter, achieved just over $52 million in Bitcoin sales for Q4, surpassing Q3 by $9 million and Q2 by more than $15 million.

Nonetheless, Bitcoin industry figures appeared buoyed by the results, which contrast with a forecast slowdown for Square more generally, with shares falling following publication of the earnings report and Q1 2019 profit warning.

“For the year ahead we continue to focus on three things […] add strength to in-person payments, to mobile payments and also to online. We’re really excited about everything we’re doing in financial services,” Dorsey told CNBC in a subsequent statement.

As Dorsey confirmed to the Stephan Livera podcast earlier this month, the Lightning Network and its near-zero-fee, instant transactions could soon appear within Square Cash.

“I think there’s a lot more we can do…in terms of making (Bitcoin) more transactional…making it simple enough that I could justify buying a cup of coffee in the morning,” he said.