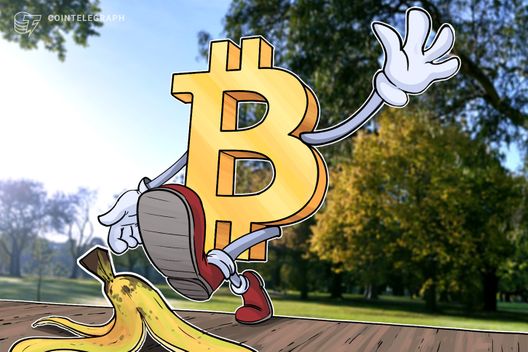 The U.S. Federal Reserve is considering the inclusion of the Bitcoin market collapse as one of the “salient risks” to be taken into account for its supervisory stress tests.

The United States Federal Reserve (the Fed) is considering the inclusion of this year’s Bitcoin (BTC) market collapse as one of the “salient risks” to be taken into account for its supervisory stress tests. The prospective amendment was revealed as part of a policy statement published on the official federal government daily journal, The Federal Register, on Feb. 28.

The Fed’s annual supervisory stress tests provide the framework for covered companies to conduct their internal stress tests. These have been mandatory pursuant to the landmark Dodd-Frank Wall Street Reform Act (effective 2010), which was introduced as a direct response to the 2008 financial crash.

For the tests, the Board of Governors of the Federal Reserve System establishes three scenarios — “baseline, adverse, and severely adverse” — and projects a “firm’s balance sheet, risk-weighted assets, net income, and resulting post-stress capital levels and regulatory capital ratios” according to each one.

In its new policy statement, the board states that it is working to make its tests “sufficiently dynamic” by “augmenting the scenarios with risks it considers to be salient.” This year, notably, a commenter:

“recommended that the Board consider extraordinary shocks, such as a war with North Korea, the collapse of the Bitcoin market, or major losses caused by trader misconduct, in its scenarios.”

Any of these, and other proposed amendments, should they be accepted, are to come into effect as part of the Board’s stress test policy by April 1, 2019. In an outline of the function of its policy, the Board further outlines that:

“Together, the Dodd-Frank Act supervisory stress tests are intended to provide company management and boards of directors, the public, and supervisors with forward-looking information to help gauge the potential effect of stressful conditions on the ability of these large banking organizations to absorb losses, while meeting obligations to creditors and other counterparties and continuing to lend.”

As reported, Randal K. Quarles — the governor and vice chairman for supervision at the Fed and new chair of the Financial Stability Board (FSB) — has this month stated that the growth of cryptocurrencies as an asset class “may challenge any framework,” noting that the FSB has:

“decided to undertake a review of its framework for assessing vulnerabilities to ensure that we are at the cutting edge of financial stability vulnerability assessment.”