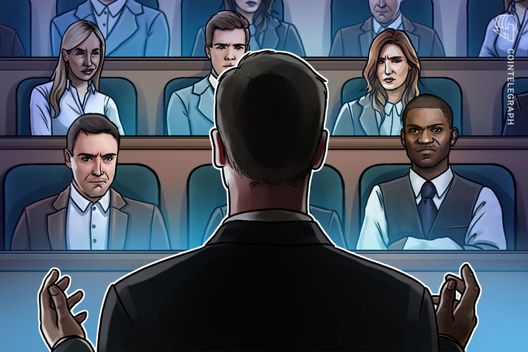 As reported, major United States crypto exchange and wallet Coinbase first announced the Neutrino acquisition on Feb. 19, saying it would make use of the startup’s advanced blockchain analytics tools, Anti-Money Laundering and Know Your Customer technology.

The move swiftly became controversial as details of the Neutrino’s co-founders’ backgrounds came to light: specifically, their prior involvement with commercial software firm Hacking Team, whose spyware has reportedly been used by a broad canopy of international governments and law enforcement agencies, with authoritarian regimes allegedly among them.

In response to the crypto community’s furore over these connections — which spawned the #DeleteCoinbase hashtag — Sandler defended the exchange’s decision, telling Cheddar that it was important to leave their current providers due to their data selling practices:

“We are aware of the backgrounds of some of the folks that were involved in Neutrino […] It was important for us to migrate away from our current providers. They were selling client data to outside sources and it was compelling for us to get control over that and have proprietary technology that we could leverage to keep the data safe and protect our clients.”

Characterizing Neutrino’s technology as “really industry leading and best-in-class,” Sandler said that the acquisition represented a decision to bring these tools in-house — downplaying the importance of the talent and senior employees’ histories.

Sandler also gave a mention to Coinbase Pro’s decision to list XRP, whose ambiguous status in the U.S. as a possible security token has hitherto complicated its listing on the California-headquartered exchange. Sandler clarified Cheddar that Coinbase’s acquisition of broker-dealer Keystone in June 2018 enables the platform to list securities, adding:

“There had been a groundswell of interest in adding the asset to the platform. There was some speculation about whether the asset would be classified as a security or not — we’re not securities lawyers. We felt there were compelling arguments on either side.”

As recently reported, Ripple’s head of markets has taken to social media to emphasize that the Coinbase decision to list XRP was an independent one — countering rumors that Ripple had either paid or offered the exchange an incentive to do so.