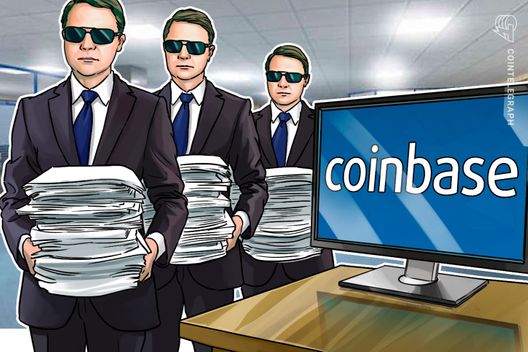 Brian Armstrong says that Neutrino staff with prior connections to controversial software firm Hacking Team will transition out of their new roles at Coinbase.

Brian Armstrong, co-founder and CEO of major United States crypto exchange and wallet Coinbase, has said that Neutrino staff with prior connections to controversial software firm Hacking Team will transition out of their new roles at Coinbase. Armstrong made his announcement in an official blog post published on March 4.

Controversy has surrounded Coinbase’s recent acquisition of blockchain analytics firm Neutrino, due to the backgrounds of key Neutrino staff at the contentious software outfit Hacking Team. The latter firm is alleged to have provided its surveillance tools to global law enforcement agencies, corporations and governments — with authoritarian regimes allegedly among them.

Responding to the crypto community’s outcry at the Hacking Team connections, Armstrong has given his official statement, which concedes that “while we looked hard at the technology and security of the Neutrino product, we did not properly evaluate everything from the perspective of our mission and values as a crypto company.” He then stated:

“Together with the Neutrino team […] [we] have come to an agreement: those who previously worked at Hacking Team (despite the fact that they have no current affiliation with Hacking Team), will transition out of Coinbase.”

The CEO characterized the backstory of the acquisition as a “gap in [Coinbase’s] due diligence process.” He stated that bringing Neutrino’s Anti-Money Laundering and Know Your Customer technology and blockchain analytics tools in-house remains of critical importance to Coinbase, which aims to operate as a legally compliant, modernized and regulated platform.

Noting that “Bitcoin — and crypto more generally — is about the rights of the individual and about the technological protection of civil liberties,” the CEO conceded that Coinbase had not made “the right tradeoff in this specific case.”

Ahead of Armstrong’s statement, Christine Sandler — director of institutional sales at Coimbase — had defended the Neutrino acquisition, stating that it was necessary for the exchange to migrate away from its existing blockchain analytics tools providers because they had been selling Coinbase clients’ data to outside sources.

On March 4, one of these providers — blockchain intelligence firm Elliptic — published a statement refuting Sandler’s claims it had been selling users’ data for financial gain, saying these accusations represent a fundamental misunderstanding of its industry role.