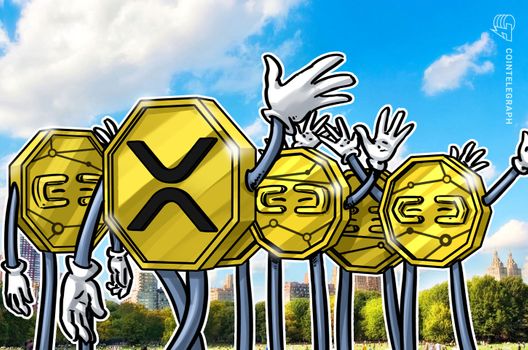 The peer-to-peer (p2p), over-the-counter (OTC) branch of Chinese cryptocurrency exchange Huobi has added support for Ripple (XRP). The company announced the news in a press release shared with Cointelegraph on March 6.

According to the company’s website, Huobi OTC aims to offer an exchange bridge between fiat currencies and digital assets. Specifically, the platform serves as an escrow to users who post buy or sell ads on the platform and then complete transactions exchanging crypto and fiat currency.

Livio Weng, the CEO of Huobi Global, is quoted in the press release as stating that the Huobi OTC platform is important to the company as a whole because it’s Huobi’s main onramp and “main platform for users who prefer peer-to-peer trading.”

As Cointelegraph reported in February, in an analysis about crypto OTC desks, institutional investment is increasingly being seen as the future of crypto trading, with both Binance and Bittrex launching their own dedicated OTC desks in January.