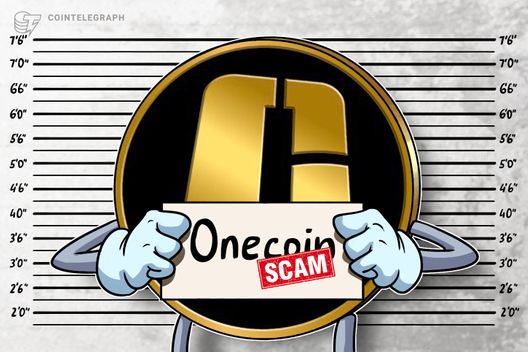 А U.S. District Attorney has charged the founders of a crypto pyramid scheme that involved the marketing of a fraudulent digital currency “OneCoin.”

A United States District Attorney has charged the founders of an international cryptocurrency pyramid scheme that involved the marketing of an allegedly fraudulent digital currency called “OneCoin.” The announcement was published by the U.S. Attorney Office of the Southern District of New York on March 8.

The founders and leaders of OneCoin, Konstantin Ignatov and his sister Ruja Ignatova, were reportedly arrested on March 6, 2019, in Los Angeles. The siblings were accused of “wire fraud, securities fraud, and money laundering offenses,” wherein they allegedly lured investors to contribute “billions of dollars in the fraudulent cryptocurrency.”

OneCoin was established in 2014 and is based in the capital city of Bulgaria, Sofia. The project operates as a marketing network through which members receive commissions for attracting other potential investors to buy cryptocurrency packages. OneCoin purportedly has over three million members worldwide.

When Ignatov was asked when OneCoin members could “cash out” their coins at a meeting with investors in Las Vegas, he said “if you are here to cash out, leave this room now, because you don’t understand what this project is about.” Commenting on the charges, Manhattan U.S. Attorney Geoffrey S. Berman said:

“As alleged, these defendants created a multibillion-dollar ‘cryptocurrency’ company based completely on lies and deceit. They promised big returns and minimal risk, but, as alleged, this business was a pyramid scheme based on smoke and mirrors more than zeroes and ones.  Investors were victimized while the defendants got rich. Our Office has a history of successfully targeting, arresting, and convicting financial fraudsters, and this case is no different.”