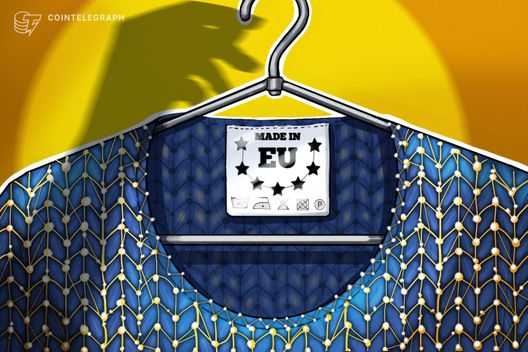 A new report by the European Union Blockchain Observatory proposes a series of standards regarding blockchain technology.

A recent report to the European Union made recommendations on how to better develop blockchain technology, including the introduction of interoperability and scalability standards. The report was published by the European Union Blockchain Observatory and Forum on March 6.

The report dubbed “Scalability, Interoperability And Sustainability of Blockchains” was prepared by blockchain tech firm ConsenSys on behalf of the European Union Blockchain Observatory and Forum. It provides insight into the current and potential future states of blockchain in Europe, considering the input of different stakeholders and sources.

The authors recommend standards for digital identities and interoperability between blockchains, stating that “we can expect that over time it will become easier and easier for disparate blockchains to work together. This will be to the benefit of the ecosystem as a whole.” The report also points out the need to support basic research and implementation of infrastructure-related projects:

“Currently the EU is active in supporting blockchain research in a number of ways, from the EU Blockchain Observatory & Forum […] to the allocation of up to EUR 340 million [$382 million] to support blockchain projects through 2020 under the Horizon 2020 programme. While these are laudable, the EU should not rest on its laurels. Both the U.S. and China have expressed strong support for blockchain research, with the former even going so far as to include it as part of its USD 700 billion defence budget.”

The report advises policy makers and industry players to cooperate in improving and developing blockchain technology and its governance. It also recommends that the EU takes a wait-and-see approach and provides projects with the time to experiment and learn, prior to the creation of standards or governance-related regulations.

Per the report, policy makers should encourage educational and research initiatives as well as fiat money on-chain to facilitate blockchain-based payments and utilize smart contracts.

Authors also suggest that governments could interact with blockchain technology as identity providers or data oracles, which indicates the necessity to be prepared for new models and possibilities. The report further notes the need to resolve tensions between General Data Protection Regulation (GDPR), blockchain technology and the legal status of crypto assets and smart contracts, among others.

Recently, the German Federal Ministry of Finance published a key issues paper on the treatment and regulation of blockchain-based securities.