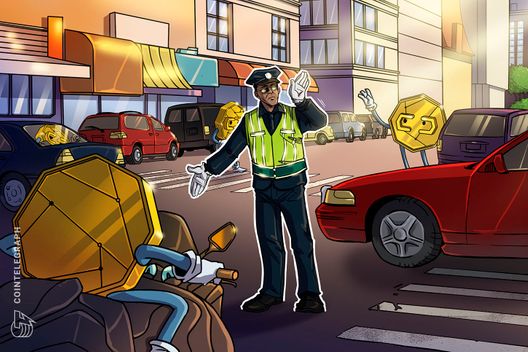 “Crypto Mom” Hester M. Peirce has argued in favor of self-regulation for cryptocurrency markets when possible.

United States Securities and Exchange Commission (SEC) Commissioner Hester M. Peirce has argued in favor of self-regulation for cryptocurrency markets when possible. The commissioner made her remarks during a public talk together with former Commodity Futures Trading Commission (CFTC) chairman Gary Gensler at the MIT Bitcoin Expo 2019 on March 9.

The context for Pierce’s comments was a proposal from Gensler that a more robust and unified national level regulatory framework would be desirable. In Gensler’s opinion, this would encompass not only trading platforms that offer security tokens or complex investment instruments, but also those that list commodities such as Bitcoin (BTC). To this, Peirce responded:

“One really important thing to remember is that people regulate each other in their interactions with one another, and that’s the whole purpose of the Bitcoin idea, that it would be a community that would be able to regulate itself. As problems arise, people in that community are thinking about how to deal with those problems. One model would be to have a government regulator, but I don’t think that’s the only model.”

In a short debate with Gensler over tackling this jurisdictional regulatory fragmentation, Peirce emphasized the status quo — in which states have a statutory obligation to enforce money transmission laws under the Bank Secrecy Act, but may nonetheless regulate aspects of the cryptocurrency markets with significantly differing degrees of latitude. She then stated:

“That’s the regulatory model we’ve chosen. I think, again, these markets could regulate themselves if we lived in a world where we allowed that.”

Peirce continued to advocate for a lighter regulatory touch when possible. She nonetheless affirmed that security offerings must comply with the SEC’s registration requirements, and supported the ongoing efforts by major crypto trading platforms to register with the agency as either exchanges or as alternative trading venues in order to be able to compliantly list security tokens.

As Cointelegraph has previously reported, Peirce enjoys a positive reputation in the crypto community, earning the moniker of “Crypto Mom” for her personal dissent over the SEC’s second decision to reject a Bitcoin exchange-traded fund proposed by the Winklevoss twins last year.

This February, she proposed that the lengthy process of establishing crypto regulation in the U.S. may ultimately prove to be beneficial and allow more freedom for the industry to come into its own.