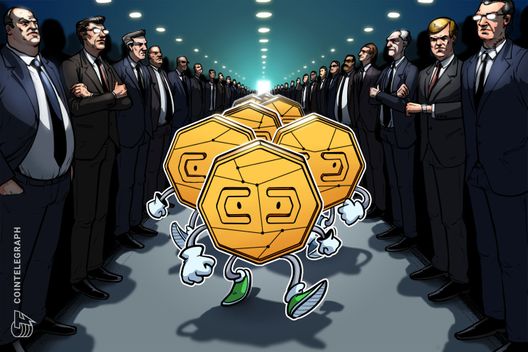 During a recent hearing, German regulators and lawmakers have been accused of failing to create a workable legal framework that would foster blockchain adoption in the country.

German regulators and lawmakers have thus far failed to create a workable legal framework that would provide legal certainty for applications of blockchain technology, representatives from the country’s Free Democratic Party (FDP) have argued.

An FDP proposal, entitled “Creating a Sustainable Framework for Distributed Ledger Technology in the Financial Market,” was put forward during a public hearing held by the Bundestag’s Finance Committee on March 11.

The hearing gathered regulators, entrepreneurs, legal experts and others to respond to the FDP’s proposal, which argued for the importance of creating a legal and regulatory climate that would be conducive to the development of blockchain applications across the economy and public sector.

The proposal notably affirmed the positive potential of cryptocurrencies and initial coin offerings as a “flexible financing alternative for for small and medium-sized enterprises.”

Characterizing blockchain as a “technology of the future,” the FDP’s proposal argued that a lack of legal clarity is hampering blockchain adoption and innovation, noting that:

“The potential of blockchain technology can only be realized if there is legal certainty for its application and a workable legal framework for its use. The Federal Financial Supervisory Authority (BaFin) and the Federal Ministry of Finance have so far failed to develop competencies and make the necessary legal adjustments.”

At the hearing, Oliver Fußwinkel, from BaFin’s Financial Technologies Innovations Unit, responded that his engagement with blockchain dates back to its connection with Bitcoin (BTC) in 2011, and argued that the regulator has since developed structures to keep pace with innovation.

Other speakers provided more nuance to the FDP’s argument, with Ralph Baerliga — from consultancy firm BearingPoint Inc. — expressing doubt as to whether laws specific to blockchain would be beneficial, proposing that a “particular technology should not be hindered or preferred by law.”

Eric Romba — from law firm Lindenpartners — affirmed that while blockchain-specific legislation may not be necessary, there is a nonetheless a great need to provide more legal certainty for the blockchain space, isolating taxation as a particular concern.

Martin Fries, lecturer at the Law Faculty of the Ludwig Maximilians University Munich, for his part focused on the need to address the “considerable tensions” between blockchain technology and the General Data Protection Regulation (GDPR) — a European Union-wide legal framework for personal data privacy, which took effect in May 2018.

As reported yesterday, a press release ahead of the hearing — drafted by the Union parties’ finance spokesperson Antje Tillmann and her colleague Matthias Hauer — proposed that more robust legal frameworks would help prevent a further brain drain of blockchain talent from Germany.