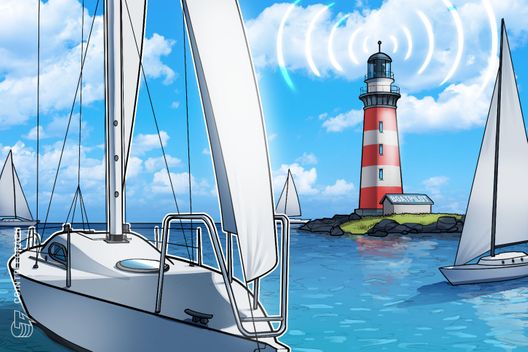 A marine navigation company is giving yacht enthusiasts the chance to mine cryptocurrency as they sail — all in exchange for their geo-data.

A crypto company that bills itself as “the future of yachting navigation” says its technology enables sailors to mine tokens as they sail.

BoatPilot offers a free marine navigation service that is geared toward private and commercial yachting markets. The firm describes itself as a blend of Google Maps and TripAdvisor, as it offers up-to-date and relevant data and a comprehensive database of user-generated photos, routes and comments that have been verified by the yachting community. Augmented reality (AR) support also means that the data that the skippers need can be incorporated into their surroundings — eliminating distractions and enabling skippers to focus when sailing in poor visibility or darkness.

The company believes that one of the best ways to keep marine charts updated is to incentivize sailors to share their geo-data. It has created a module called BoatGod that can be installed on vessels and capture geo-data — with yachtsmen rewarded in NAVY tokens whenever this precious information is sent to BoatPilot.

In its white paper, BoatPilot claims that private yachtsmen and small charter companies now represent the largest fleet in the world, yet they are being badly underserved by marine navigation systems that were initially built for commercial purposes instead of civilian use. The company says “adapted” versions of these systems that have been made available to the public are often packed with irrelevant information, a poor user interface, and sometimes fail to provide crucial details on the nearest fueling stations, restaurants and marinas.

Through its crowdsourced approach to geo-data, BoatPilot is aiming to guarantee that information on seaports and other known large objects is regularly updated and relayed to users quickly — helping to keep yachtsmen and their passengers safe. At present, the company claims it can take years for data to be added, changed or removed from existing systems. Illustrating the problem, its white paper adds, “In the Mediterranean region alone there are dozens of known marinas and lighthouses that are not included in any of the navigation systems currently available.”

According to BoatPilot, testing of its product has already shown that its software “provides more precise information than other marine navigation systems that have been on the market for years” — and in one case, its program was able to deliver details on 100 geo-locations in the Mediterranean that were completely absent from the systems offered by long-standing competitors.

BoatPilot says that its navigation software — and the hardware module capturing geo-data — is complemented by a tool called Pocket Skipper. Pocket Skipper provides additional services to yachting enthusiasts, enabling them to list their vessels for sale, explore marina rentals and more.

The company claims more than 50,000 users have downloaded the Android version of BoatPilot MVP (minimum viable product) since the product was released — adding that, during a “record-breaking” season in 2017, the software was trusted by yachtsmen for the navigation of 4,700 vessels. Moreover, the team plans to launch the app this spring.

In a recent blog post, BoatPilot said its concept came to life when one of the company’s founders encountered severe weather while sailing in darkness. It hopes that its AR functionality will “minimize navigation risks and raise the safety of the waterways,” bringing all of the information they need together in one place.

The company raised more than $5 million during a token generation event. The 2018 sailing season saw the BoatGod hardware module rolled out to the first batch of charter yachts, and now the company’s NAVY token has been listed on three crypto exchanges: DDEX, Mercatox and Livecoin.