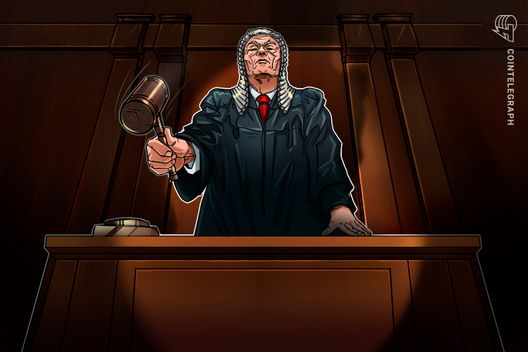 A judge in Tel Aviv has delivered a mixed verdict as part of a case involving Israminers and Union Bank.

An Israeli court has ruled in favor of a Bitcoin (BTC) mining company after a local bank closed its account over money laundering concerns. Israeli daily business news outlet Calcalist reported the development on March 17.

Israminers, which sued Bank Igud (the Union Bank of Israel Ltd.) in May 2018, had faced problems with cash flow due to the bank blocking deposits which it said was against its terms.

Following a lengthy appeals process, a Tel Aviv district court judge argued that the bank’s policy on cryptocurrency clients was too broad, and should not include automatic rejections.

At the same time, however, Bibi said banks were within their rights to refuse deposits which originated from cryptocurrency trades.

The episode continues the patchwork regulatory attitude to cryptocurrency trading as it impacts the legacy banking system. As Cointelegraph has reported, various banks have taken issue with servicing businesses and private investors who trade cryptocurrency.

Often, the hostile stance contradicts other activities at the same bank: United Kingdom-based Barclays, for example, also shut down accounts prior to developing a relationship with major cryptocurrency exchange Coinbase to conversely speed up deposits and withdrawals.

In the case of Union Bank, it would appear senior executives had benefited from education in the emerging sector, with local startup Bit2C conducting a seminar on its workings last November.

Earlier this month, a dedicated committee from Israel’s securities regulator issued final recommendations for governing the cryptocurrency economy, something which could see banks’ treatment become more uniform in future.

“The committee recommends considering adjustment of the existing regulation to create more suitable regulatory infrastructure for this trading activity in order to better cope with the risks incurred in this activity,” an accompanying report explained.