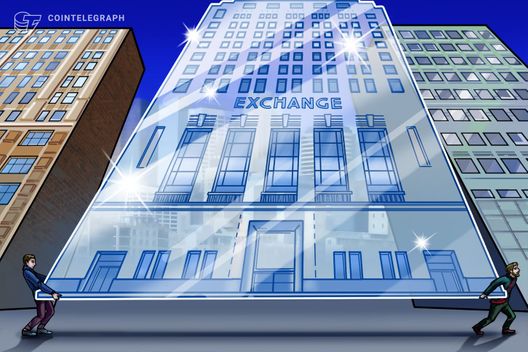 A reports from trading analytics platform The Tie shows that the majority of exchanges may be faking their exchange volume.

Almost 90 percent of cryptocurrency exchanges’ reported trade volumes may be incorrect, new research from trading analytics platform The Tie warned in a digest released on March 18.

Reporting on figures gathered from 97 exchanges, researchers found that the vast majority of the volume claimed to come from users may not in fact exist.

The revelations came as a result of calculations of lesser-known exchanges versus well-known businesses such as Binance and Kraken.

“In total we estimated that 87% of exchanges reported trading volume was potentially suspicious and that 75% of exchanges had some form of suspicious activity occurring on them,” The Tie wrote in social media comments on the findings. The organization added:

“If each exchange averaged the volume per visit of CoinbasePro, Gemini, Poloniex, Binance, and Kraken, we would expect the real trading volume among the largest 100 exchanges to equal $2.1 (billion) per day. Currently that number is being reported as $15.9 (billion).”

Exchanges have often fielded accusations of volume misreporting: a similar reported issued in March 2018 warned of similar problems with data from exchanges.

Then, as now, Binance CEO Changpeng Zhao (CZ) took industry participants to task, arguing listing resources such as CoinMarketCap added to the confusion.

“Why do exchanges fake volumes?” he queried on Twitter following The Tie’s report. CZ also wrote:

“(CoinMarketCap) is [the] highest traffic website in our space, and [the] biggest referrer for all exchanges. Ranked high on CMC has benefits for getting new users. BUT at the expense of DESTROYING CREDIBILITY with pro users.”

Zhang repeated similar claims about CoinMarketCap which appeared in December, focusing on the the top 25 Bitcoin (BTC) trading pairs.

Last month, meanwhile, Cointelegraph reported on how overall exchange volumes had dropped to their lowest levels since May 2017.