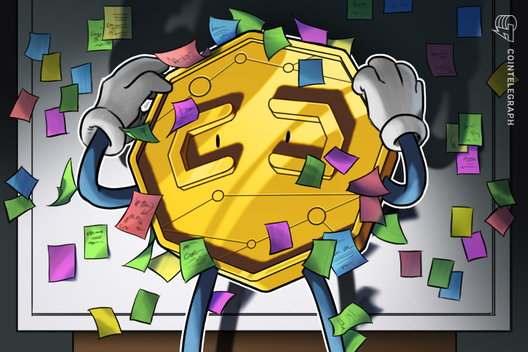 On June 21, the FATF will reportedly publish a note clarifying how participant nations should exercise oversight for the digital assets sector.

On June 21, the Financial Action Task Force (FATF) will reportedly publish a note clarifying how participant nations should exercise oversight for the digital assets sector, according to FATF spokeswoman Alexandra Wijmenga-Daniel. The news was reported by Bloomberg on June 12.

Per Bloomberg, the new rules will apply to a wide gamut of businesses dealing with cryptocurrencies and tokens — including crypto exchanges, custodians and crypto hedge funds.

FATF is an intergovernmental organization established on the initiative of the G7 to promote the implementation of legal, regulatory and operational measures to fight money laundering.

The FATF has developed a series of recommendations recognized as the international standard for combating money laundering and the financing of illicit activities. As Bloomberg notes, these recommendations are used by around 200 countries globally, including the United States.

Bloomberg reports that the FATF rules are expected to require firms ranging from major spot exchanges such as Coinbase to asset managers like Fidelity Investments to gather data on all clients initiating transactions worth over $1,000 or 1,000 euros.

They will also be asked to provide data on the recipients on the funds, and share that data with the recipient’s own service provider together with data on each transaction, Bloomberg claims.

The forthcoming rules will notably be subject to the interpretation of different national regulators.

Some industry participants have reportedly voiced concerns that blockchain technology would have to be fundamentally restructured — or otherwise a complex parallel system constructed between exchanges — in order to satisfy new reporting requirements, while others are concerned about the toll that increased compliance costs will exact on industry businesses.

In a comment, Jeff Horowitz — chief compliance officer at Coinbase — argued that “applying bank regulations to this industry could drive more people to conduct person-to-person transactions, which would result in less transparency for law enforcement.”

Jesse Spiro, from blockchain intelligence firm Chainalysis, has by contrast reportedly argued that the FATF’s forthcoming guidance is necessary for the industry.

As recently reported, the United States Financial Crimes Enforcement Network has recently issued new guidance for any entity whose activities fall under the purview of the country’s Bank Secrecy Act.