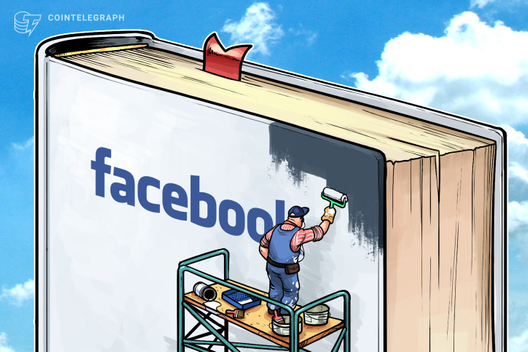 Facebook has released the white paper for its stablecoin project.

According to the paper, Facebook’s global stablecoin, dubbed “libra,” will operate on the native and scalable Libra blockchain, and be backed by a reserve of assets ostensibly “designed to give it intrinsic value” and mitigate volatility fluctuations.

These assets consist of a basket of bank deposits and short-term government securities that will be held in the Libra Reserve for every Libra that is issued.

The website for the digital asset, calibra.com, was briefly down around 5AM EST, about when it went live.

The new cryptocurrency will be governed by a not-for-profit, Switzerland-based consortium — the “Libra Association” — which counts Mastercard, PayPal, Visa, Stripe, eBay, Coinbase, Andreessen Horowitz and Uber among its founding members.

Facebook ostensibly plans to expand the association to around 100 members by the time of Libra’s launch in the first half of 2020. The white paper notes that:

“While final decision-making authority rests with the association, Facebook is expected to maintain a leadership role through 2019. Facebook created Calibra, a regulated subsidiary, to ensure separation between social and financial data and to build and operate services on its behalf on top of the Libra network.”

Facebook has also revealed the release of the Libra Investment Token — distinct from its global user-oriented cryptocurrency libra — which can be purchased or distributed as dividends to the association’s founding members and accredited investors.

As libra is not technically pegged to any given national fiat currency, the white paper states that users will not always be able to redeem the token for a fixed amount of fiat, although Facebook claims that the reserve assets have been chosen so as to minimize volatility.

While the reserve assets are ostensibly held by “a geographically distributed network of custodians” in order to secure decentralization, the reserve is managed by the association itself, which is the only party able to mint and destroy the coin.

“Since authorized resellers will always be able to sell Libra coins to the reserve at a price equal to the value of the basket, the Libra Reserve acts as a ‘buyer of last resort.’”

Facebook further notes that the software that implements the Libra blockchain is open source in order to create an interoperable ecosystem of financial services and broaden inclusion.

Previous reports had indicated that the coin will facilitate payments across Facebook’s various platforms including WhatsApp, Messenger and Instagram, giving the new coin potential exposure to a combined 2.7 billion users each month.