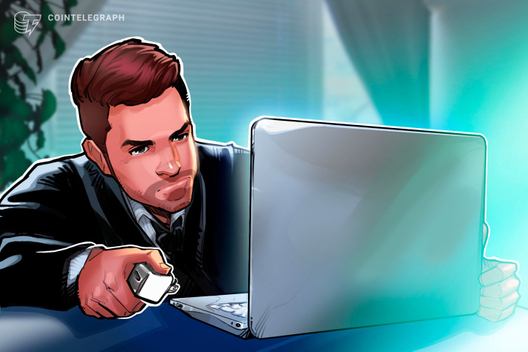 The analyst who claimed that TradingView had a bug in its Fibonacci retracement tool has now admitted that it “works perfectly fine.”

The CTO of TradingView, a popular chart analysis service, has told Cointelegraph in an email on June 18 that the previous reports of a bug in their Fibonacci retracement technical analysis tool were inaccurate.

On June 13, Cryptoteddybear had written about the Fibonacci tool provided by the company, noting that “nobody in crypto twitter seems to give a s*** or to understand how bad the problem is.” However, five days later on June 18, the user then tweeted about the tool again:

“It works perfectly fine for calculation on arithmetic scale and is therefore fine for short Time Frames calculations. It is doing what it is supposed to do for linear calculations.”

Cryptoteddybear further explained that the logarithmic scale for the Fibonacci retracement tool is an option and an additional feature that is not present in other major charting services. In a statement sent to Cointelegraph, TradingView CTO Constantine Ivanov claimed that “other well-known charting platforms including eSignal, NinjaTrader, ThinkOrSwim” don’t have the feature either. He also specifies that the firm is at work on implementing the function:

However, in June 2017, when Cryptoteddybear had pointed out the previously referred to problem in a consumer satisfaction platform, an official response from a TradingView employee did refer to it as an issue that needed to be fixed:

“Hi, you are right, we have a planned task to fix this. Thanks for bringing this to our attention.”

As Cointelegraph recently reported, TradingView is one of the platforms that added the “CIX100” index — an AI-powered index for the 100 strongest-performing cryptocurrencies and tokens.

Earlier this week, cryptocurrency analytics firm Coin Metrics partnered with Social Market Analytics to collaborate on a feed of real-time sentiment towards cryptocurrency based on social media data.