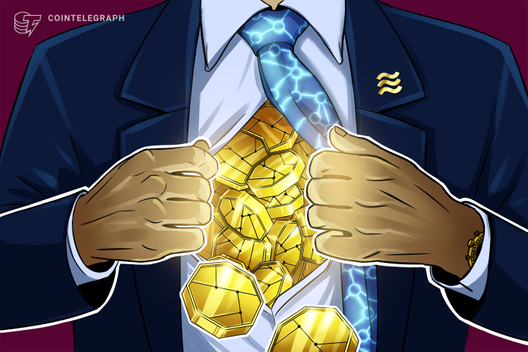 Developers said they successfully implemented eToro’s eToken on Libra in the first week it became public.

United Kingdom-based trading platform eToro has conducted a successful trial of issuing tokenized assets on Facebook’s Libra protocol. The company confirmed the results in a blog post on June 20.

According to a Github repository detailing its activities, eToroX, the firm’s recently-launched innovation and research offshoot, managed to debut its eToken on Libra.

eToken is the technology behind eToro’s tokenized assets, with researchers explaining they wished to test Libra’s current capabilities in the first week of its existence.

“By exploring Libra’s capabilities, and using Move IR (the intermediary representative layer of what will eventually be the final programming language), they successfully managed to implement an initial version of eToro tokenized assets on the Libra Network,” the blog post confirmed.

As Cointelegraph reported, Libra forms Facebook’s first major stab at creating a cryptocurrency ecosystem. An in-house token with the same name will likely be the first product to see the light of day, with other, as yet unknown offerings to follow.

Lawmakers have reacted with alarm to the launch, with one U.S. government official already requesting Facebook halt development altogether pending discussions set to start in July.

Cryptocurrency industry figures have also released appraisals of Libra as a cryptocurrency, which sharply criticize its technical characteristics.

For eToro, however, the protocol’s current state provides reason for enthusiasm.

“We applaud the early initiatives of the Libra team in designing Move IR, and are excited to follow the development in the near future,” Dr. Omri Ross, eToroX’s chief blockchain scientist, concluded in separate comments.

“The combination of the many qualities associated with the Rust programming language and the HotStuff consensus algorithm is a promising direction in a rapidly maturing industry.”