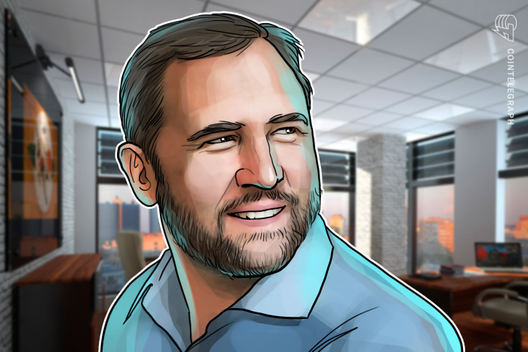 Ripple CEO argues that there will not be one single crypto “rule them all,” stating that each one should prove its own use case.

Bitcoin (BTC), and XRP, the third biggest coin by market cap, are not competitors, Ripple CEO Brad Garlinghouse claimed in a Fortune interview on June 20.

In the interview, Garlinghouse outlined the key difference of two major cryptocurrencies, arguing that bitcoin is a store of value or “digital gold,” while XRP is a “bridge currency” that enables an efficient solution for fiat-to-fiat transfers.

However, such a difference “does not mean that bitcoin is gonna fail or something,” Ripple CEO noted, stating that he “[does] not view them as competitive.

Garlinghouse expressed confidence that there will not be one single cryptocurrency to “rule them all,” implying that each cryptocurrency should prove a certain use case.

“I own bitcoin, I’m long bitcoin. I think Bitcoin is a store of value and people hold it.”

In the interview, CEO of Ripple also expressed his stance towards the current environment on crypto markets, pointing out that there is “a lot of bullshit in blockchain and crypto market,” and it is often hard for the industry to separate the signal from the “noise.”

In this regard, Garlinghouse spoke of the media overhype around Facebook’s recently officially unveiled cryptocurrency libra, which is expected for launch in the first half of 2020. Specifically, the Ripple exec cited a title of a recent article on CNBC “Facebook Launches Cryptocurrency,” arguing that Facebook has actually not launched any cryptocurrency so far, but just announced their intent to do so in a year from now. Previously, Garlinghouse considered that a cryptocurrency project by American banking giant JPMorgan Chase “misses the point.”

Recently, Ripple partnered with major money transaction service MoneyGram to develop cross-border payments, as well as foreign exchange settlements with digital currencies. As a part of the collaboration, MoneyGram is enabled to draw up to $50 million from Ripple in exchange for equity.