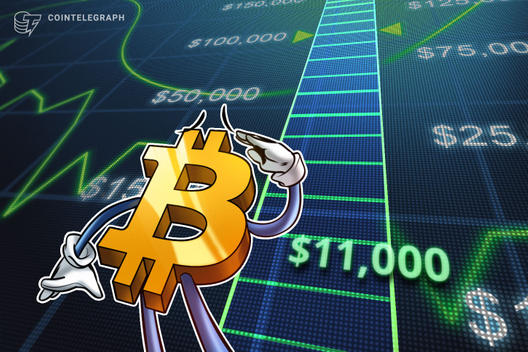 Bitcoin broke $11,000 for the first time since March last year after another major milestone at $10,000 just yesterday.

Bitcoin is currently already approaching $11,100, up a notable almost 13 percent in the past 24 hours to press time. Meanwhile, major alts have also surged, with ETH seeing a multi-month high over $300. 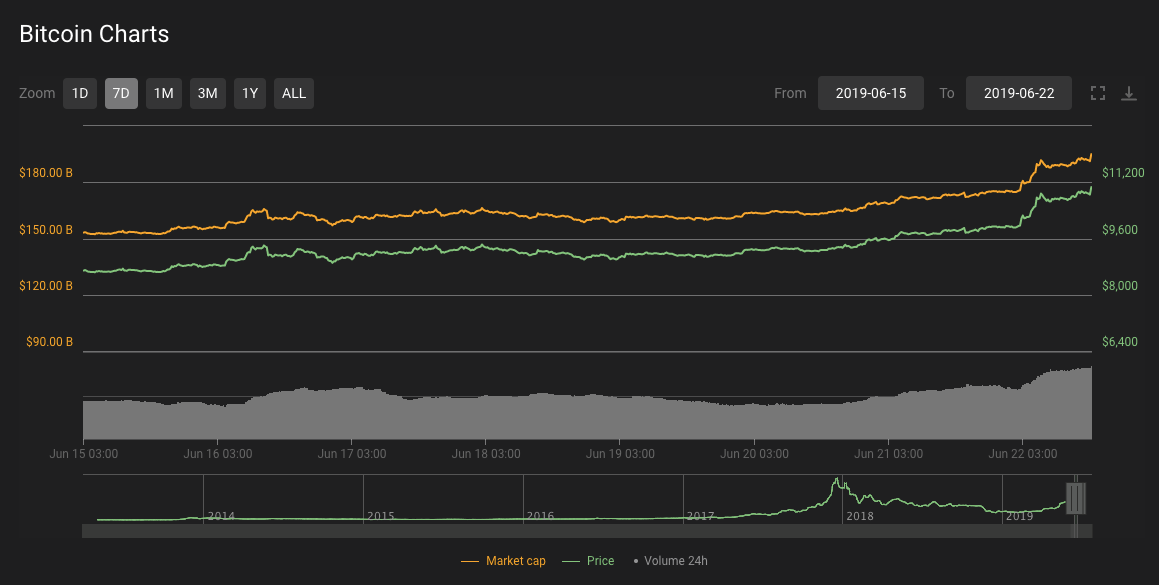 In his tweet, Brandt noted that bitcoin is on its fourth parabolic growth phase and is a market like no other:

“Bitcoin takes aim at $100,000 target. $btcusd is experiencing its fourth parabolic phase dating back to 2010. No other market in my 45 years of trading has gone parabolic on a log chart in this manner. Bitcoin is a market like no other.”

Attached to the tweet, Brandt also published a table containing data about the price growth of bitcoin. According to the data contained in the image, from October 2011 to December 2017, bitcoin increased its value 9,765-fold.

Among the responses to the post there are numerous scam attempts, publicizing fake BTC and ETH giveaways from Brandt. At least one of the scams is promoted through verified Twitter profiles.

In late May, the co-founder of blockchain investment firm Kenetic predicted that the price of bitcoin will rally as high as $30,000 by the end of this year.

Earlier this month, the founder and CEO of Digital Currency Group argued that it “looks like, perhaps, we are coming out of a crypto winter and we’ve entered a crypto spring,” in an interview with Bloomberg.

However, in an interview with Cointelegraph the same week, another industry commentator — ex-Wall Street executive and current blockchain researcher Tone Vays expressed skepticism about the fact that crypto winter is over.

Earlier this week, cybersecurity firm Kaspersky Lab released the results of a survey showing that 19% of people globally have purchased cryptocurrency.