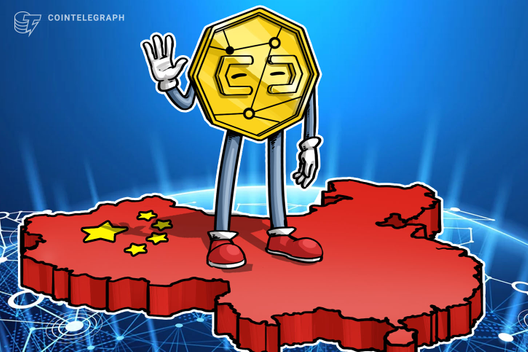 China should learn from Hong Kong and Facebook as it develops its own sovereign digital currency, a former central bank governor says.

A former governor of the People’s Bank of China (PBoC) has indicated that Beijing may delegate the issuance of digital currency to commercial entities, the Hong Kong-based South China Morning Post newspaper reported on July 11.

Zhou Xiaochuan, who stood down as head of the central bank in 2018 after 15 years, revealed the country may adopt a new approach for its sovereign digital currency scheme — taking inspiration from Hong Kong’s monetary system and Facebook’s Libra project.

In Hong Kong, three banks issue their own banknotes and collateralize them by holding U.S. dollars in reserve, while the territory’s monetary authority ensures that one Hong Kong dollar is constantly worth about $7.80.

According to Zhou, following this method would enable Beijing to avoid the huge fluctuations that plagued cryptocurrencies during their early development.

Chinese tech giants such as Alibaba and Tencent have already launched digital payment platforms including Alipay and WeChat Pay, services that have amassed hundreds of millions of users.

During a speech in Beijing, he also urged policymakers to read Facebook’s Libra white paper in detail — and said the tech giant’s plans to peg the coin to a basket of fiat currencies, overseen by a non-profit consortium featuring two-dozen major companies, could be of interest as China develops a sovereign digital currency. He added:

“Libra has introduced a concept that will impact the traditional cross-border business and payment system.”

Despite China establishing an institute to explore the launch of its own sovereign digital currency, progress has reportedly been slow.

Beijing has taken a hard line against crypto trading in the past — banning Bitcoin (BTC) trading, initial coin offerings and crypto exchanges.