Mining difficulty on the Bitcoin network has taken its steepest upturn in almost a year, surging by over 14% to hit 9.06 trillion.

The last time the network posted such a sharp increase in block producing difficulty was back in late July 2018, when it soared almost 15% over a 2,016 block interval.

At that time, however, average hash rate was at 42.59 EH/s and absolute difficulty was at a significantly lower 5.95 T.

Typically, when the network sees a low level of participating mining power, difficulty will tumble — while in periods of intense network participation, it rises, working as a counterbalancing mechanism.

Amid the bull market, BTC.com’s data indicates that the next difficulty increase will see this uptrend intensifying even further — within 11 days, mining difficulty is expected to surge a further 10% to hit 9.9 T.

Block producing time for the recent 2,016 block period was at just 8 minutes 46 seconds — over 10% short of the desired 10 minutes. 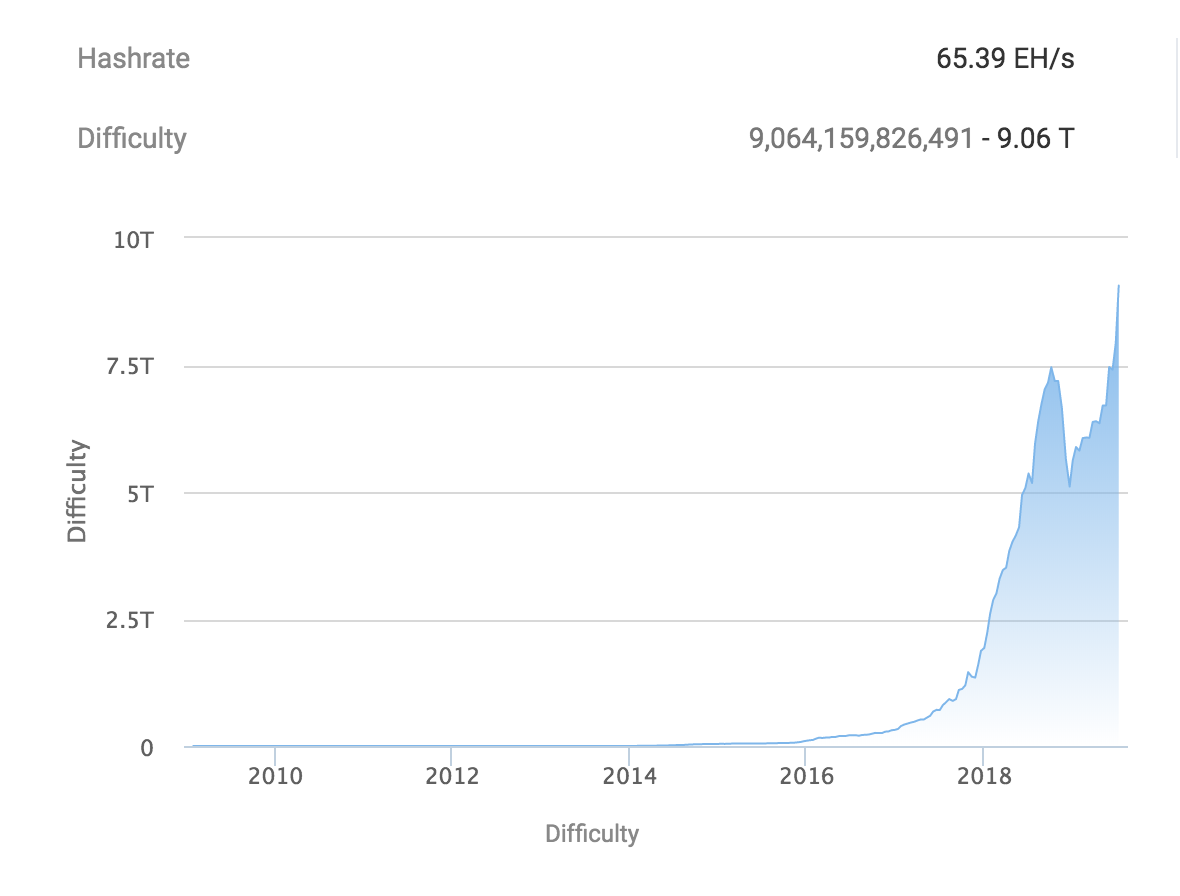 Historical data from BTC.com reveals that in the coin’s earlier years, the network saw hikes of over 20% within a given 2,016 block interval — as in early July 2016. Back then, it is worth noting that absolute difficulty was at just 144.12 G, with an average hash rate of 1.03 EH/s.

During crypto winter, Cointelegraph reported that the Bitcoin network had reported its second-largest difficulty drop in history, with a -15% adjustment in early December 2018.

In June of this year — as Bitcoin’s 2019 bull run gathered pace — mining difficulty hit a then all-time-high of 7.86 T, as reported at the time.

To press time, Bitcoin is trading at almost $11,700 — up 2% on the day, according to Cointelegraph’s Bitcoin Price Index.