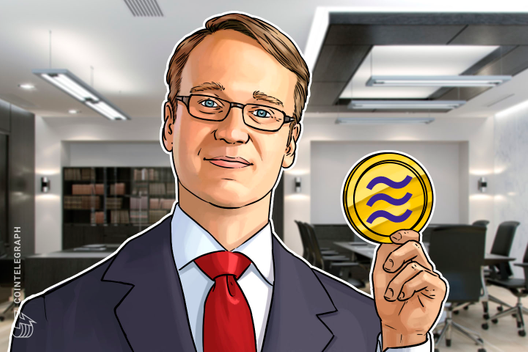 The head of Germany’s central bank Jens Weidmann spoke in favor of Facebook’s Libra during a recent G7 event.

Weidmann, Bundesbank President and the Governing Council member of the European Central Bank, argued that global regulators should not suppress the project in its infancy, according to an email newsletter in a shared by eToro senior market analyst Mati Greenspan on July 19.

According to the letter, Weidmann reportedly supported the Libra project during a recent G7 meeting, arguing that digital currencies such as Libra can be attractive to consumers in case if they deliver what the promise.

The head of the Bundesbank urged the global community to allow time to initiatives like this, emphasizing the nascent stage of the Libra’s development and warning against inadvertently suppressing innovative concepts before all the details have been clarified.

Previously, Bundesbank’s representative Burkhard Balz claimed that crypto does not pose a threat to financial stability.

Meanwhile, G7 finance ministers have recently warned that digital currencies such as Libra pose risks for the world’s financial system if they are not regulated tightly. During a news conference on July 18, French finance minister Bruno Le Maire reportedly said that G7 “cannot accept private companies issuing their own currencies without democratic control.”

Weidmann’s new supporting word for Libra somewhat contradicts with some of his previous remarks about digital currencies. In late May, Weidmann expressed concerns over the potential risks of digital currencies, including destabilization of the financial system. At the time, the official said that easy access to digital currencies could speed up a collapse of lenders, which would fundamentally alter the business model of banks even in a good economic environment.