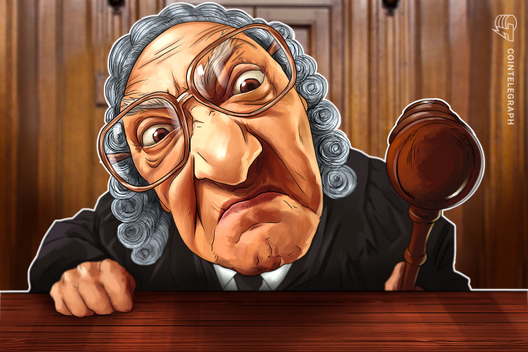 The founders of Orbs — the blockchain startup President Trump invited to his Middle East Peace Plan conference — have become mired in their own fraternal strife.

The founders of Orbs — the blockchain startup President Trump invited to his Middle East Peace Plan conference — have become mired in their own fraternal strife.

As Israeli news site Globes reported on August 4, Orbs’ Elad Arad is suing his co-founders Uriel and Daniel Peled for having dispossessed him of his share in the firm, among other charges.

Orbs is an Israeli blockchain infrastructure-as-a-service firm that raised over $133 million in an initial coin offering last year and thus ranked among the top ten ICO projects in terms of capital raised in 2018, as Cointelegraph has reported.

As Orbs’ press release at the time noted, “no officials from Israel or Palestine attended,” yet Netta Korin — another Orbs co-founder and head of the firm’s not-for-profit social impact arm The Hexa Foundation — was one of the select few to be invited by the administration.

As Globes reports, Arad’s lawsuit was filed on August 1 in the Tel Aviv District Court following a mediation process that lasted roughly 18 months and ended without consent being reached between the parties.

The lawsuit accuses his two colleagues of charges that include conspiracy and fraud, citing grounds that include breach of fiduciary duty, deprivation of minority shareholders, breach of agreement and obligations, plundering of trade secrets and negligence.

The lawsuit also implicates Orbs and a series of related companies in which the Peled brothers are partners. It is reportedly expected to exceed tens of millions of dollars in claims.

Orbs has forcefully countered Arad’s claims, arguing they “are fundamentally unfounded […] The plaintiff has become unjustly enriched at the expense of others. This attempt will not succeed.”

Beyond the ironies of such local intra-enterprise discord, cryptocurrencies have been discussed by the region’s political class in connection with the Israeli-Palestinian conflict.

Meanwhile, the militant arm of Hamas — the de facto ruling authority of the Gaza Strip in Palestine — called upon its supporters this January to make donations to the organization in Bitcoin (BTC) as a strategy to combat financial isolation.

The group has since then reportedly been using increasingly complex measures to frustrate authorities’ attempts to track the flow of its cryptocurrency financing.