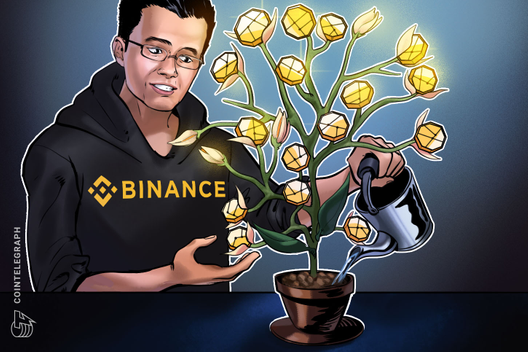 As reported yesterday, Binance has this week been at the center of a social media furor surrounding an alleged KYC data leak involving the personal documents of Binance users.

A dedicated Telegram group — now apparently deleted as of press time — was created by social media user “@kycisimportant” and included materials allegedly leaked from the exchange’s internal KYC verification database. The images notably lacked the digital watermark used by the platform for its in-house data, casting some doubt on their authenticity.

As the controversy unfolded — with at least 8,300 members having the group — Binance revealed it was already investigating the incident, noting that its initial review suggested the leaked materials dated back to February 2018 when Binance had outsourced its KYC processes to a third-party vendor. Third-party tools on the exchange were notably hacked in early March of that year.

With ongoing uncertainty as to the legitimacy of the apparent leak, Binance has cautioned against sinking into FUD — fear, uncertainty and doubt — and revealed that an anonymous individual had threatened and harassed the exchange, demanding 300 BTC in exchange for withholding 10,000 photos that bear similarity to Binance KYC data.

But fears from yesterday’s alleged KYC leak appear to have subsided. BNB currently ranked 6th largest coin by market cap and seeing a yet greater boost — at 9.1% on the day by press time — on the BNB/BTC charts.

The exchange has recently been building out its infrastructure and trading offerings, adding support for multiple decentralized exchanges (DEX) to its Trust Wallet, launching proprietary fiat-pegged stablecoins and introducing margin trading on its flagship exchange.

Some users have proposed that BNB’s bullish performance has been spurred by the new listing of multiple native stablecoins on Binance DEX.

The exchange suffered a high-profile hack resulting in the loss of over $40 million this May.