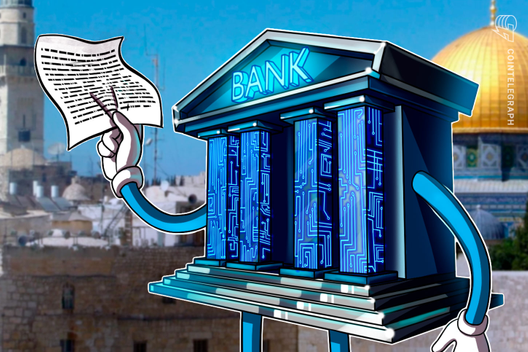 A Bitcoin investor is bringing a class action suit against an Israeli bank in light of their refusal to accept deposits of funds made from crypto trading.

An unnamed investor has filed a lawsuit against the Israeli Bank Hapoalim in the amount of approximately $22.5 million, on account of the bank allegedly refusing to accept deposits of profits earned via Bitcoin (BTC).

Industry media outlet BlockTV discussed the lawsuit in a report on Aug. 9. According to the report, the complaint is being filed as a class action suit, and the investor ultimately plans to sue other Israeli banks on the same grounds.

According to the report, Israeli banks are largely anti-crypto because they wish to avoid being scrutinized in connection with crypto-related firms and individuals. However, the disgruntled investor’s lawyer, Lior Lahav, has said that this is not sufficient grounds for banks to refuse services to cryptocurrency investors. Lahav stated:

“The banks have an obligation under the law to accept money from the clients […] They can check on their clients, do their due diligence, and find out where the money is coming from. The problem with the banks is that they are doing nothing. They are not asking their clients: ‘Provide me documentation of the origin of the money.’”

Lahav further illustrated the scale of the issue, arguing that there are tens of thousands of Israeli investors who are similarly being punished for no apparent wrongdoing:

“There are more than 70,000 bitcoin investors in Israel who are facing the same problem from their banks […] 99 percent of them are ordinary people that invested in a thing that’s completely legal.”

Lahav pointedly noted that his client is not Ross Gross. Gross is a Bitcoin investor who claimed that the bank Hapoalim refused to accept his deposit, purportedly because it came from crypto trading profits.

As previously reported by Cointelegraph, Gross began investing in Bitcoin back in 2011, and has reported his earnings to the Israeli tax authority. However, as of 2017, Bank Hapoalim stopped accepting his deposits of funds earned from Bitcoin trading.

As a result, Gross has not been able to pay his capital gains taxes and the tax authority has put a lien on his bank account, home and scooters. Gross said, “the tax authority is aware of the problem, but they say the ball isn’t in their court.”