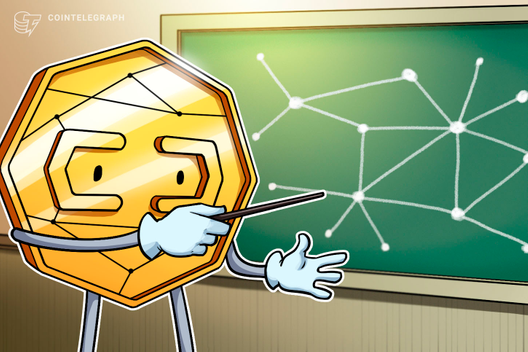 Telecoms company Jio wants to build the blockchain system over the next 12 months, its managing director has revealed.

Indian telecoms provider Reliance Jio Infocomm Limited (known as Jio) has pledged to build what it describes as one of the world’s largest blockchain networks.

Chairman: Nodes to be active from day one

Since debuting in 2015, the company has become one of India’s major mobile networks, with a current user base of over 330 million people.

“Over the next 12 months, Jio will install across India one of the largest blockchain networks in the world, with tens of thousands of nodes operational on day one,” Ambani promised.

His comments came as India faces a backlash over its plan to ban cryptocurrency while championing blockchain technology at state level.

As Cointelegraph reported, outside commentators have joined the anger coming from the local crypto industry amid warnings from the central bank it could criminalize interaction with unsanctioned tokens such as Bitcoin (BTC) in future.

Customer data owned and controlled by the Indian people

Staying away from the topic, meanwhile, Ambani focused on blockchain’s role in empowering Indian consumers.

“Using blockchain, we also have an opportunity to invent a brand new model for data privacy, where Indian data, especially customer data, is owned and controlled by the Indian people and not by corporates — especially global corporations,” he said.

The exact nature of Jio’s blockchain installation remains unclear, with Ambani not going into specifics about how users could potentially engage with or monitor their data.

Beyond India, estimates have put the potential value of the global blockchain telecoms industry as reaching $1 billion by 2023.