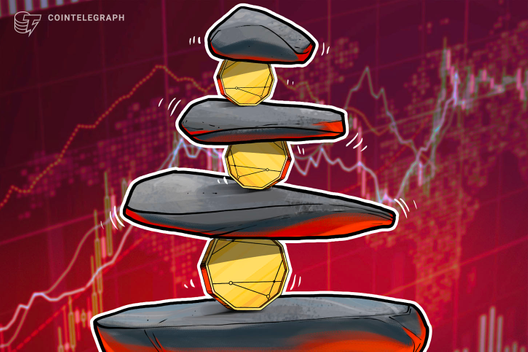 Crypto markets continued to see red on Saturday, with Bitcoin’s price hovering around the $10,000 threshold. 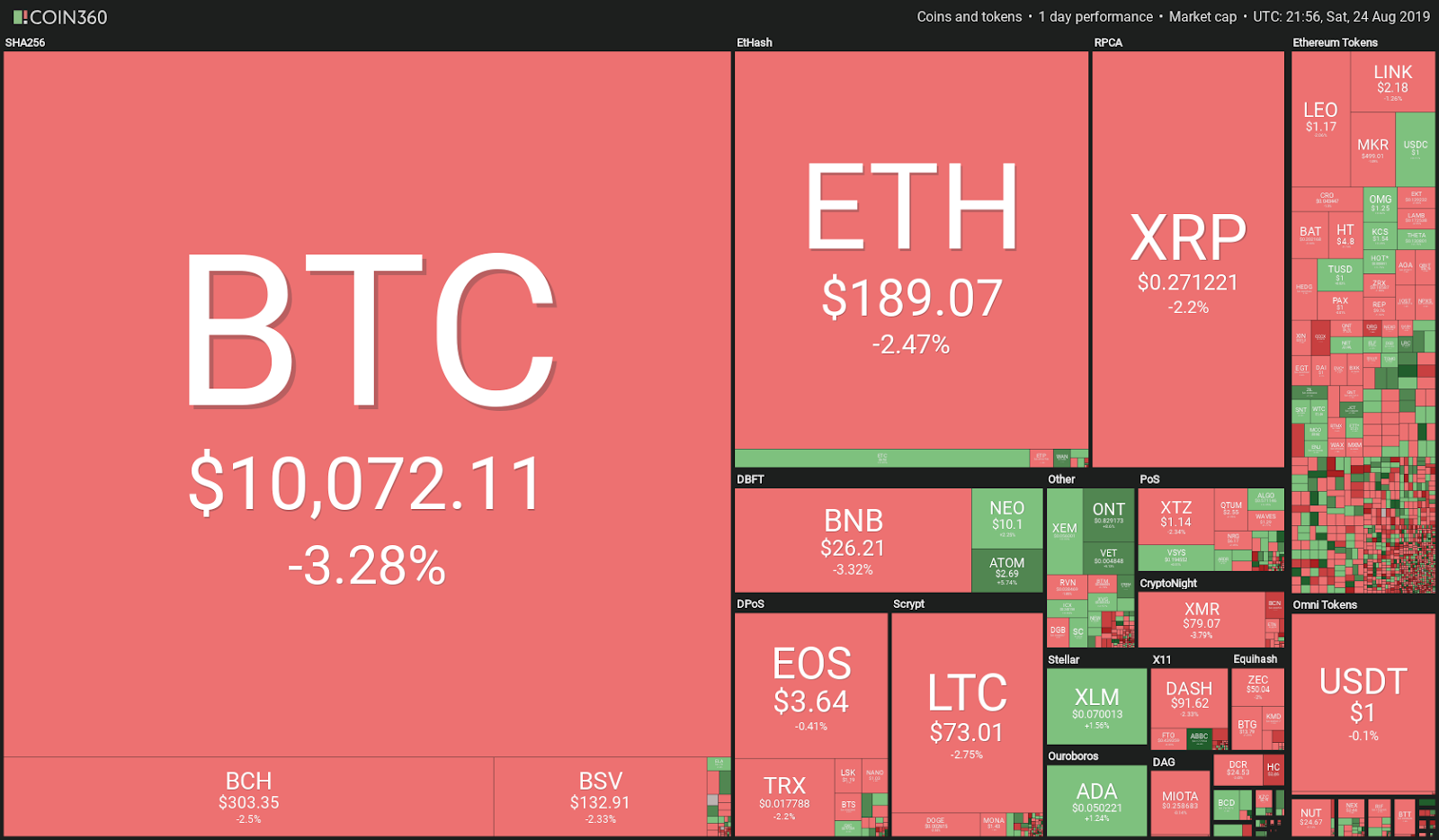 Bitcoin is trading at $10,066 at publishing time, down 3.3% on the day. The biggest cryptocurrency has dropped below the $10,000 threshold three times over the past 12 hours and dropped below Friday’s low of $10,078, according to data from CoinMarketCap. Meanwhile, losses over the past seven days amounted to 1.3% at the time of publication. 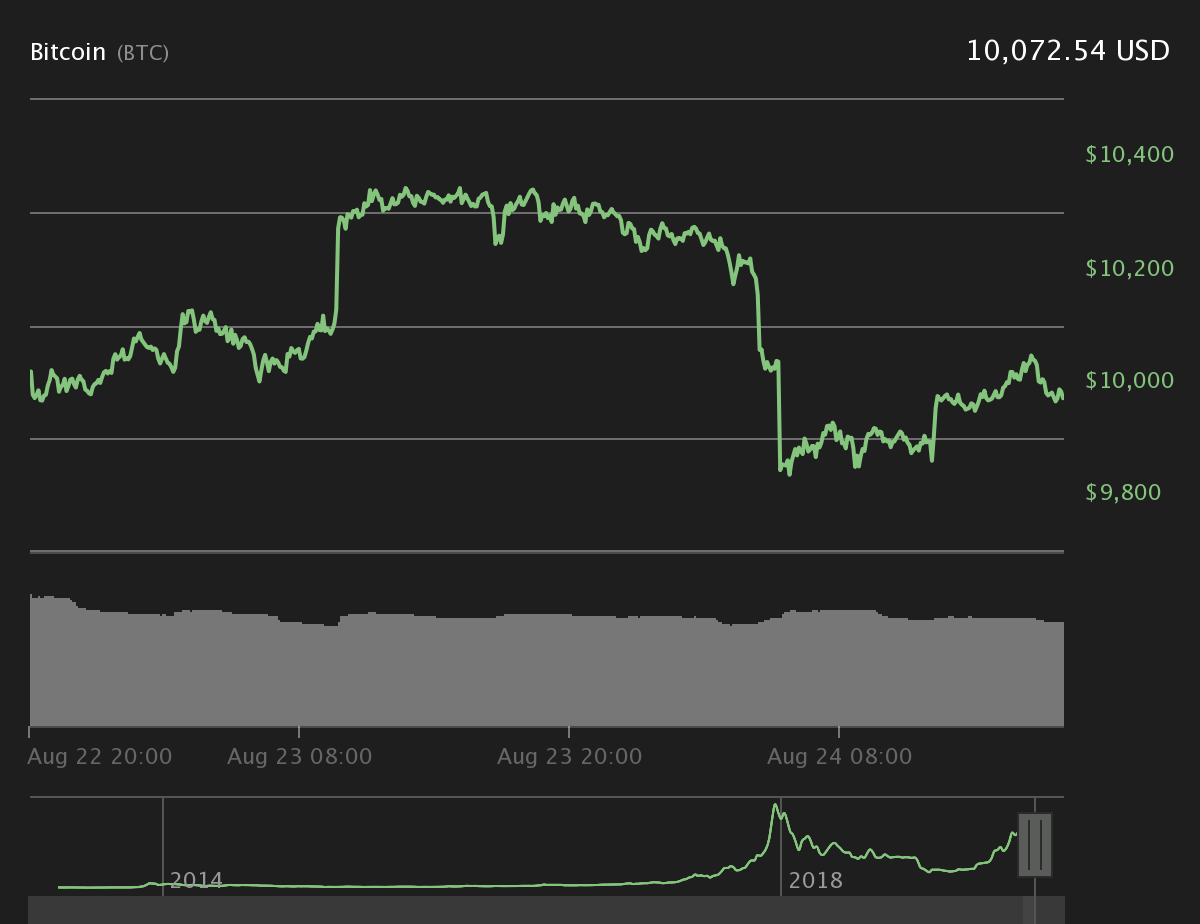 Ether (ETH), the second-largest cryptocurrency by market cap, is down 2.3% and trading at nearly $190 at publishing time. The top altcoin is up by roughly 2.9% over the past seven days. 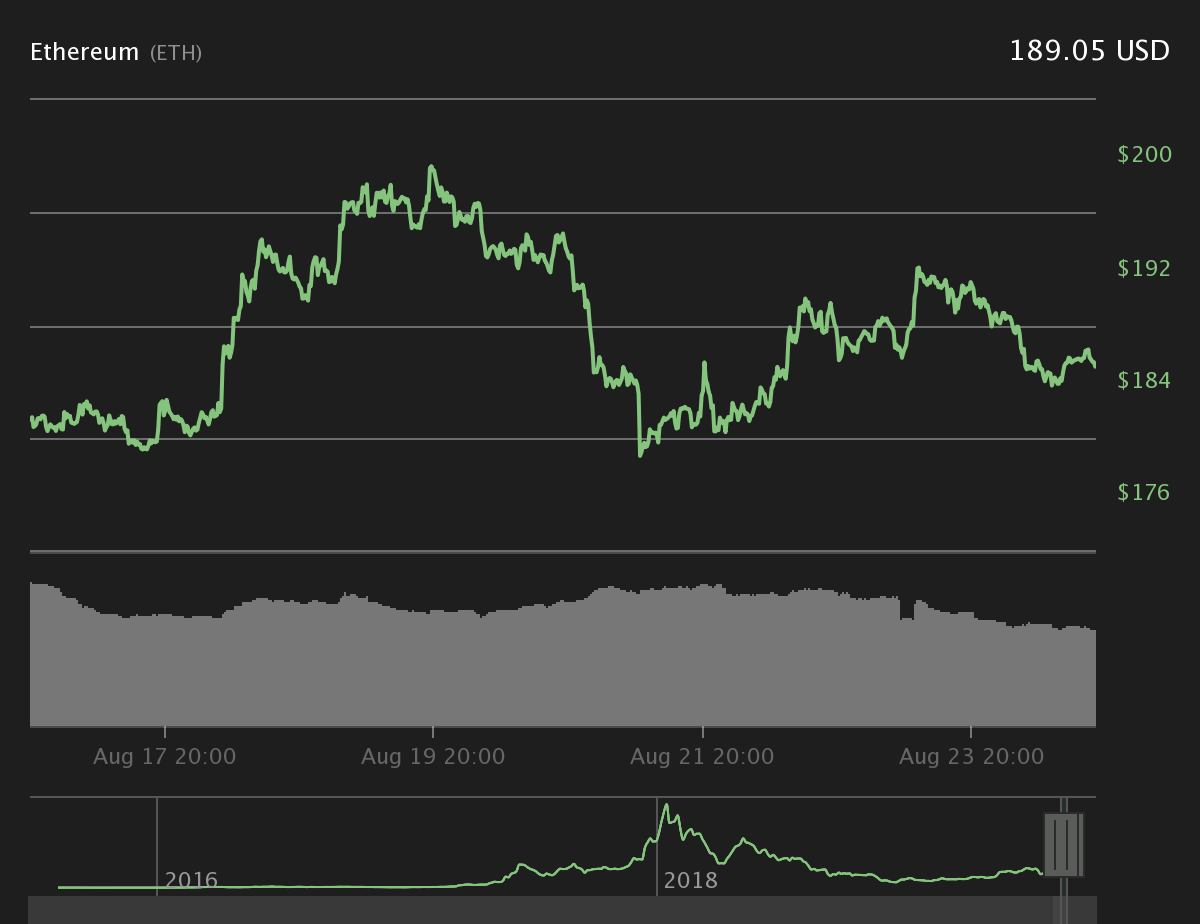 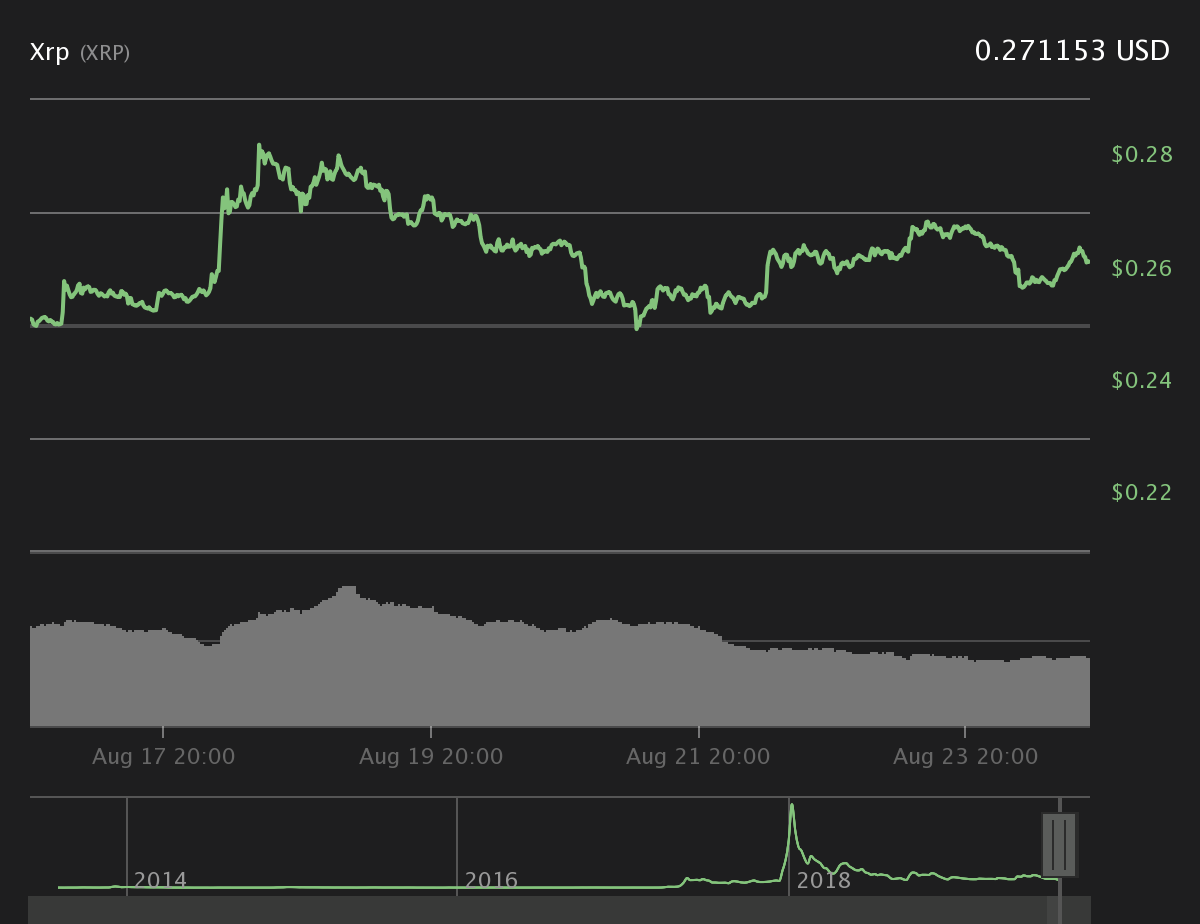 Total market capitalization slipped from $270 billion at the beginning of the day to $263 billion at publishing time. Daily trade volume also tumbled from $52 billion to $49 billion.

Privacy-focused altcoin Monero (XMR) is seeing the biggest losses among the top 20 coins by market capitalization — down nearly 5% over the past 24 hours.

Yesterday, the Governor of the Bank of England Mark Carney said that a digital currency such as Facebook’s not-yet-launched cryptocurrency Libra could replace the United States dollar as the world’s reserve currency. Anthony Pompliano, founder of crypto investment firm Morgan Creek Digital Assets, pointed out that the supportive stance to Libra from the British regulator and central bank indicates the rapid adoption of crypto. He wrote on Twitter:

“It only took 10 years for central bankers to go from unaware of digital currencies to calling for one as the global reserve currency. This is moving much faster than almost anyone expected.”

Commenting on Carney’s recent call for a global monetary system to replace the U.S. dollar, crypto and blockchain expert Joseph Young noted that it is a “very interesting time for bitcoin and gold” as the currency war is intensifying alongside rising geopolitical risks.

Young added that while Bitcoin’s short-term price trend seems heading downward, there is a chance that more investors will take a better look at alternative stores of value as foreign exchange wars rage on.